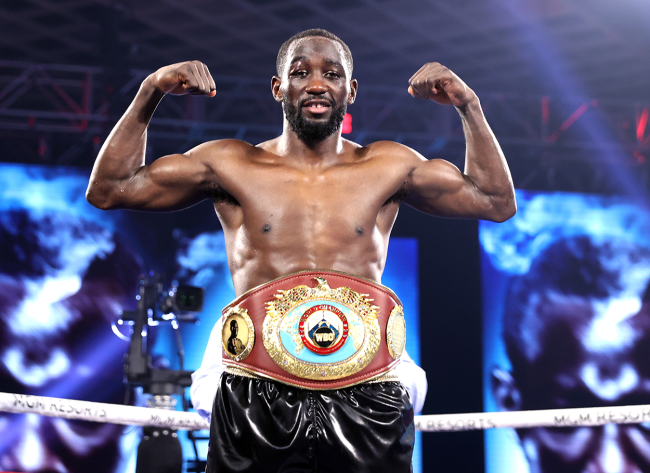 Terence ‘Bud’ Crawford has competed in 38 professional boxing matches and won all 38. The 34-year-old has held quite a few WBO titles in multiple weight classes and considers himself the No. 1 welterweight champion in the world.

Much like her father, Crawford’s daughter doesn’t lose either. Even if she loses her shoe.

Talaya, the seven-year-old daughter of Crawford, is already a standout track star. She has been running with the Apollo Track Club of Omaha for about two years and dominates in the 100- and 200-meter distances.

Over the weekend, she pulled off the nearly unthinkable.

While competing in the Wings of Omaha Invitational on Saturday, Talaya ran right out of her shoe at the start of the 200-meter. Literally.

After losing her shoe, Talaya hollered for officials to stop the race, but they didn’t. As the other girls got a 20/50-meter head start, the little Crawford doubled back to the start line, put her shoe back on, and took off running.

And then she caught the pack. And then she passed the runner in last place, before overtaking every single runner on the track as she came around the final corner and down the home stretch.

Despite the significant, six-second deficit she faced after losing her shoe, Talaya managed to win by a very confident margin. It was insane.

Talaya was disappointed after the race, embarrassed by the initial blunder. Little did she know, she pulled off one of the most insane comebacks that you’ll ever see — at only seven years old. Like father, like daughter.