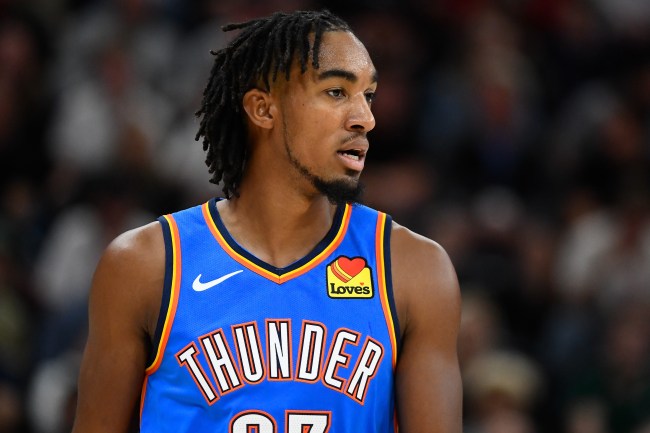 In September 2018, the woman alleged that Ferguson invited her to his home and again asked her to have sex with him and his brother at the same time. She once again declined, according to the lawsuit.

On the same day, while Ferguson and the woman were engaged in consensual sex, Willis allegedly entered Ferguson’s bedroom. According to the lawsuit, the woman was frightened and withdrew consent from future sexual contact with Ferguson.

Ferguson allegedly ignored her, and told her to “shut up and get on (her) knees,” according to the lawsuit.

The woman alleged that Ferguson forced her to perform oral sex on him while Willis forcibly penetrated her vagina. Willis is also being sued, and it is unclear if he or Ferguson has an attorney in the civil case.

The woman goes on to say that Ferguson recorded the rape and shared it with his friends on Snapchat.

Back in April the local district attorney declined to charge Ferguson with rape after reviewing the evidence in the case.

Oklahoma County prosecutors have decided not to charge Thunder guard Terrrance Ferguson who had been accused this year by a woman of rape.

“Evidence to support the reporting person’s allegations that the sexual conduct was not consensual was absent,” District Attorney David Prater said Saturday night.

His top sex crimes assistant made the decision to decline charges this month after Oklahoma City police completed an investigation.

The woman is seeking over $500,000 in losses due to “physical, emotional and psychological” injuries she suffered “as a direct consequence of their tortious conduct.”