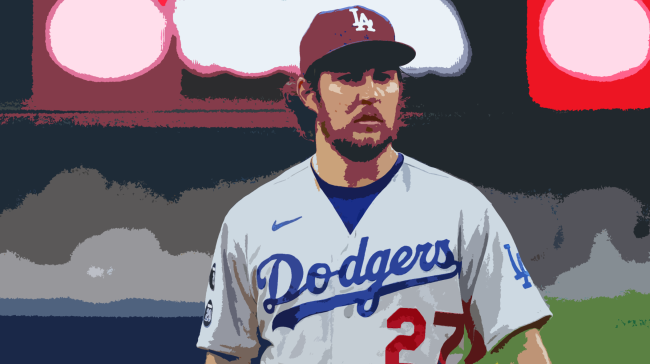 Day two of testimony in the restraining order hearing involving Dodgers pitcher Trevor Bauer saw his attorney aggressively question his accuser about text messages she sent to friends and Bauer, as well as past relationships with other Major League Baseball players.

The 27-year-old San Diego woman, who continued to tell her side of the story in L.A. County Superior Court on Tuesday, according to the Los Angeles Times, “appeared flustered by aggressive questioning mid-morning by Bauer’s attorney, Shawn Holley.”

Related: Trevor Bauer Accuser Testifies In Court, Says He Treated Her ‘Like A Rag Doll’

After acknowledging that she had a sexual relationship with Tatis, the accuser also said she was fired from the Pad Squad, a group of young women who participate in community events on behalf of the Padres, because of that relationship.

About the time of her first sexual encounter with Bauer, the woman said in a message to her cousin: “Trevor is a wackadoodle like Clev.” That message, and the one mentioning Tatis, were not included in the woman’s request for a restraining order. She reluctantly identified Clev as Clevinger.

When the woman was asked if she considered her relationship with Tatis to be a dating relationship, she replied that it was not.

When pressed for information about her relationship with Clevinger, the woman replied, “He doesn’t need to be brought into this.”

After the judge ordered her to answer the question, Bauer’s accuser confirmed she had a sexual relationship with Clevinger in October 2020.

Holley’s questioning appeared to tie in with Bauer’s legal strategy of minimizing the accuser’s relationship with Bauer. They have argued the woman did not have a “dating relationship” with Bauer, and therefore he should not be subject to this domestic violence restraining order in family court.

“Petitioner and Respondent (Bauer) did not have a ‘dating relationship’ as required for a domestic violence restraining order,” Bauer’s attorneys wrote in a court filing. “The California Legislature tailored domestic violence proceedings to apply only to certain intimate relationships. The two sexual encounters between Petitioner and Respondent over less than a month do not satisfy the statutory requirement for such relationships.”

Bauer’s attorney also brought up numerous text messages between the woman and the 30-year-old Dodgers pitcher, many of which have been shared with the public over the past several weeks.

One of the texts, sent to the woman’s cousin, read, “It was consensual but like didnt expect two black eyes!? Like he def took it too far dont you think lol.”

In another text Holley introduced to the court, the woman told Bauer, “Gimme all the pain. Rawr.”

Bauer’s accuser, when questioned by her own attorney about the text messages, said, “I lost any chance of giving consent after the first time he choked me.”

She also claimed that before she met Bauer she was informed of his three rules of dating: No feelings. No social media. We can date other people.

Holley also asked the woman about a text message, which was left out of her declaration for a restraining order, in which she wrote to Bauer, “I’ll have my NDA [nondisclosure agreement] signed and sealed.”

The woman replied that she no longer had access to that text message and that she doesn’t remember texting it to Bauer.

She testified she tried to go to urgent care but told by medical professionals there to go to ER because of severity of her injuries. She said she didn’t want to go to the hospital because she knew others would then get involved.

Also, during her testimony, the woman claimed she was “slut shamed” by a Pasadena police detective when she reported the incident with Bauer to them and that the officer lied to her.

“I was told by the Pasadena Police two different times that they were going to arrest [Bauer],” the woman said.