A Passionate J.J. Watt Blasts His Texans’ Teammates For Not Putting In Effort And Disappointing Fans In After Loss To Bengals 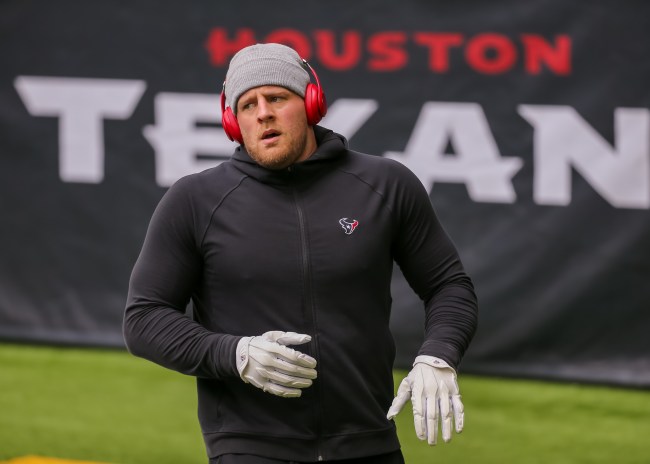 JJ Watt is fed up with losing.

After the Texans 37-31 loss to the Bengals that left the team with 4-11 record this season, Watt blasted his teammates’ effort in a passionate speech during his post game press conference.

THIS is why we love @JJWatt

We’re professional athletes making a whole lot of money,” Watt said, via Joe Gleason of KTRK. “If you can’t come in and put work in in the building, go out to the practice field and work hard, do your lifts and do what you’re supposed to do, you should not be here. This is a job.”

Watt ended his speech showing compassion for fans who spend their hard earned money to watch the team lose every week.

“They have no reason whatsoever to,” Watt said. “We stink. But they care and they still want to win and they still want you to be great. Those people aren’t being paid. We’re being paid handsomely. That’s who I feel the most bad for is our fans and the people who care so deeply in this city. . . . It sucks as a player to know we aren’t giving fans what they deserve.”

Watt has been vocal all season long with his disappointment with the team but we’ll see if his the Texans will make any significant changes this offseason to become contenders again.