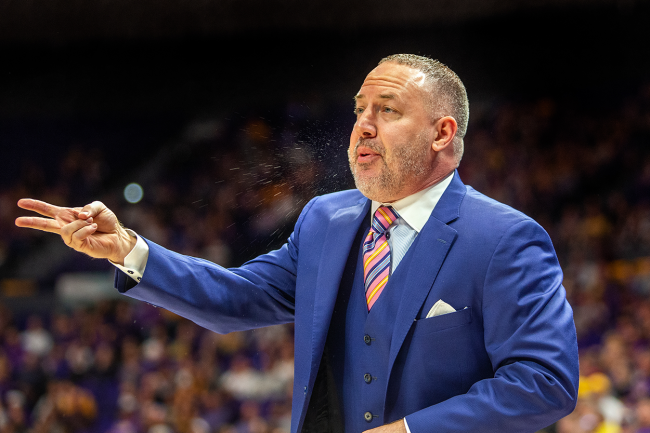 Texas A&M basketball is not very good this year. The Aggies are five games over .500 through 25 games and are not expected to make the NCAA Tournament in March.

There is always the chance that they could make a remarkable late-season run back onto the bubble or win the SEC Tournament, but it doesn’t look likely. A&M most recently lost to No. 1 Auburn by 17 and dropped their eighth-straight conference game to fall to 4-8 in SEC play.

During the game, Tigers fans took notice about what the Aggies’ coaching staff was wearing. Head coach Buzz Williams is in his third season with the program and chooses to rock a three-piece suit on the sideline. He asks his fellow staff members to dress similarly.

However, on Saturday, a great point was made. They dress like it is the late 1800s.

A&M's entire coaching staff dresses like they work for the Union Pacific Railroad.

Take Williams’ suit selection for example. One fan joked that he looked like an injury lawyer.

When the insurance company left me hangin’ after my wreck, I called Buzz Williams. Just one call and he got me the money I needed! pic.twitter.com/JwuWVQuA8O

Meanwhile, the other members of his coaching staff looked like they were about to hop in their horse and buggy and head off to the saloon to play some high-stakes five-card stud.

This guy hasn't paid his workers in 3 weeks because "the bank car from St. Louis is delayed" https://t.co/pe5hzm7jWW pic.twitter.com/H1BuDWVxCL

Or, as Auburn reporter Justin Ferguson put it, A&M’s coaching staff looks like a non-playable character in the video game ‘Red Dead Redemption.’ RDR is set in the early American frontier days, so it couldn’t be better stated.

Williams doesn’t always wear all three-pieces. But when he doesn’t, the sweat is very noticeable.

Imagine what it must be like under his suit.