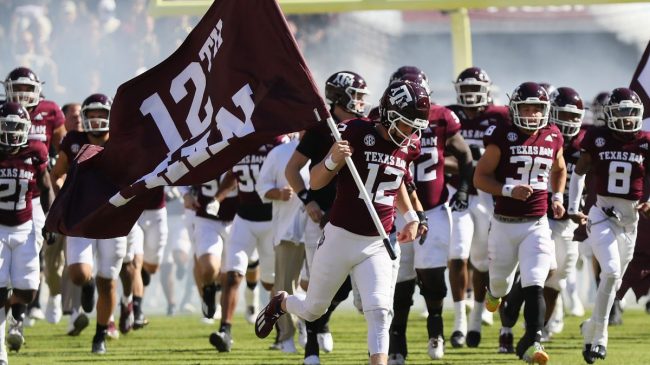 College football fans are taking the opportunity to troll a notable SEC team, naming August 4th “National Texas A&M Day.” The jab focuses on the 8-4 date, which also mirrors the program’s record in 2021.

The Aggies have been a popular target of offseason hate ahead of the 2022 campaign. Much of that comes from the signing of the No. 1 recruiting class in college football history. The coaching staff, in particular Jimbo Fisher, is catching backlash as most believe NIL had more to do with the signings than anything else.

In fact, some have stated that boosters spent upwards of $30M to land this prized group. While much of that is hearsay, there’s certainly a question to ask with the recruiting trail success. A team that’s posted one 10-win season since the turn of the century is now not only beating out national powers, but landing the best class ever?

It’s raised eyebrows, especially considering the Aggies have one of the richest donor bases in college football.

With hatred growing for the Texas A&M program throughout the country, fans are using every opportunity available to troll the Aggies.

Today is 8-4 and you know what that means?

Happy Texas A&M Day to all who celebrate

The Aggies have finished either 8-4 or 7-5 in the regular season eight of the last nine seasons. They’ll continue to garner criticism until they improve upon that mark.