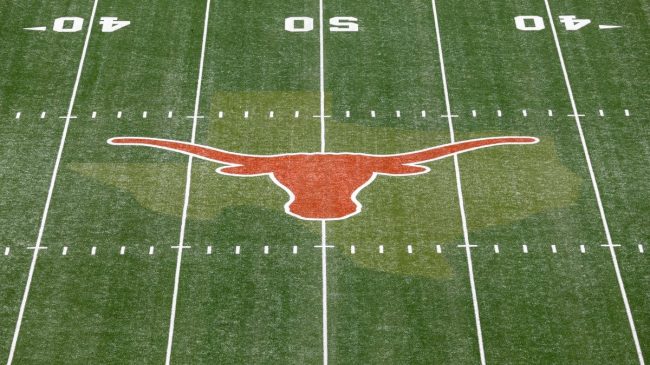 All eyes are on the Texas Longhorns right now as they’re set to play the Alabama Crimson Tide in Week 1 of the college football season. It should be a great game, as both programs are stacked with talent. However, a Texas weatherman woke up and chose violence on Thursday morning as he delivered the most savage weather report of all time.

Avery Tomasco, a weatherman who works in Austin, Texas, tweeted out a weather report ahead of the Longhorns’ matchup against Alabama. However, rather than reporting the real weather, this man roasted the football team instead.

BREAKING: I know it's early, but I'm expecting a flash flood warning to go into effect at 11 AM on Saturday in Austin.

Sheesh. Imagine being a Longhorns fan, sipping your early morning coffee, and getting ready for the day. You hit up Twitter and look up the weather report for the city of Austin AND THEN YOU SEE THIS. How many Texas fans do you think spit out their coffee? You’d think a local weatherman would be supportive of the home team. But it turns out that Avery Tomasco went to school at Texas A&M.

Now it all makes sense. Regardless, Texas fans aren’t too pleased about the whole thing. We find it hilarious, as many see Alabama as an unbeatable juggernaut. So might as well keep adding fuel to that fire. What might be more funny though, are the Longhorns fans responding to that weather report.

Professionalism? Never heard of her.

Are you really a weather man? If so, nice professionalism.

To this guy’s credit, it was pretty early in the morning.

Sir, it’s too early to dunk on me this well with weather software.

At least some Longhorns fans have a sense of humor.

Diehard Longhorn here, but this is a really solid burn. Respect.

At the end of the day, we just it’ll be a good contest. Make this a close game, please!