Texas Rangers Facing Pressure To Change Name Due To Racist Past 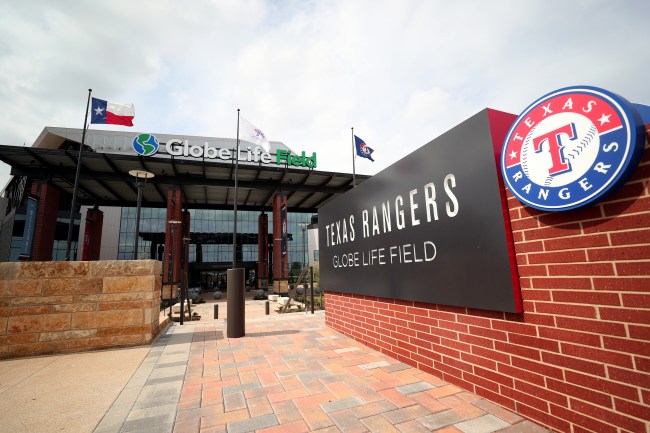 The Texas Rangers are currently facing pressure to change the team’s name due to the law enforcement agency’s racist past.

On Thursday syndicated Chicago Tribune columnist Steve Chapman called for the team’s name to be changed referencing the “long record of savagery, lawlessness, and racism” of the Texas Rangers.

The Texas Rangers baseball club carries the name of a police force with a poisonous, racist past. It's an undeserved tribute that should be relegated to the garbage dump of history, writes columnist @SteveChapman13. https://t.co/lCgsRVOc1g

The legends omit a lot of the reality. A magisterial new book by journalist Doug J. Swanson, “Cult of Glory: The Bold and Brutal History of the Texas Rangers,” lays bare their long record of savagery, lawlessness and racism.

“They burned peasant villages and slaughtered innocents,” he writes. “They committed war crimes. Their murders of Mexicans and Mexican Americans made them as feared on the border as the Ku Klux Klan in the South.”

A century ago, during the fighting that took place along the border during the Mexican Revolution, blood flowed like the Rio Grande. “The terms ‘death squads’ and ‘ethnic cleansing’ would not enter common usage for another 60 years or so,” Swanson notes, “but that was what the Rangers were and what they did.”

I agree, Texas Rangers would often times murder Tejanos by shooting them from behind and then staging their bodies to make it look like they committed a crime. If you want to learn more about how deep the racist history of the Texas Rangers goes I recommend the film… (1/2) https://t.co/RisFFgumoQ

I’m ready to change the name! Why keep a name with a racist past when we could pick a cool, new name and mascot???

“The Texas Rangers were historically a racist, terrorist organization they participated in the extermination of Native Americans”https://t.co/mdmHpKTq2E

It is time that the Texas Rangers change their name.

The Texas Rangers released a statement on Friday saying they have no plans to change their name despite public outcry and its connection to the famous law enforcement agency.

The Texas Rangers have no plans to change their name despite its connection to the famous law enforcement agency. https://t.co/fPGKyp8Rhc pic.twitter.com/cAcSPKn793