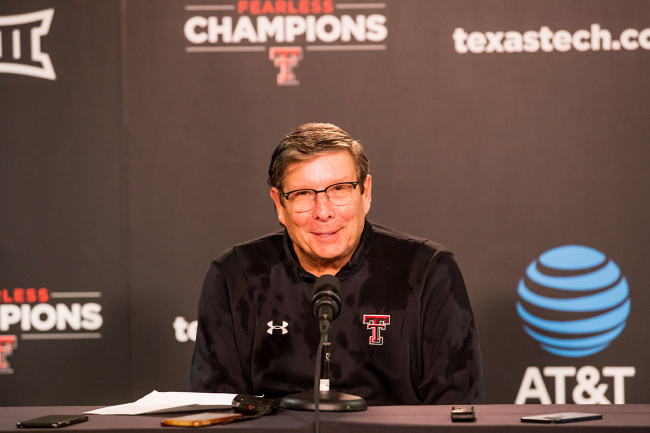 April 1st is more than just April Fool’s Day in Lubbock, Texas. It is also the day that Chris Beard left for Texas.

In turn, a Texas Tech fan decided to have a laugh at the Longhorns’ expense by purchasing the school’s athletic director a McDonald’s breakfast. It was a brilliant troll that couldn’t be funnier when you know the backstory.

Beard, who was the head basketball coach at Texas Tech from 2016 to 2021, led the Red Raiders to four NCAA Tournament appearances (one cancelled due to COVID-19) and even a national championship. However, when he received the opportunity to leave Lubbock for Austin last year, he did.

Now, in his first year as the head basketball coach at Texas, Beard and the Longhorns went 22-12 and lost in the Round of 32. Meanwhile, his replacement at TTU, Mark Adams, led the Red Raiders to the Sweet 16.

Throughout the entire season, Texas Tech was the better team. And when the two teams met during the regular season, things got chippy.

Ultimately, Red Raiders fans are thrilled with what Adams has done with the program and couldn’t care less than Beard is gone.

As such, one of the Texas Tech faithful decided to have some fun at Texas’ expense.

When Texas Athletic Director Chris Del Conte hired Beard away from his in-conference, in-state foe, it was revealed that the two met at McDonald’s. Del Conte posted a receipt from his breakfast with Beard after the hire was made official.

Exactly one year after Beard and Del Conte met at McDonald’s, a Texas Tech fan decided to send him McDonald’s. He had the exact same breakfast sent via Uber Eats to the Texas athletic department with Del Conte’s name on the order.

Happy 4/1 to @_delconte from @CoachAdams_TTU and all TTU fans. Enjoy breakfast for two on me!
😉👆 https://t.co/SswNlbPojE pic.twitter.com/tqV6NTmBXk

The troll was incredibly well-executed and could not have been more brilliant. The only way that it could get better is if we had been able to see Del Conte’s reaction. He must have been very confused when Uber Eats was knocking on his front door.