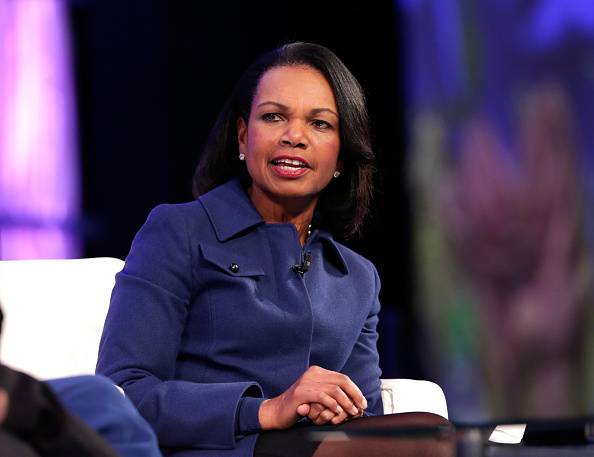 The Browns would like to interview former Secretary of State Condoleezza Rice for their head-coaching job, a league source tells ESPN.

If the Browns follow through on it, Rice would become the first woman ever to interview for an NFL head-coaching job.

Cleveland’s interest in interviewing Rice comes at a time when women recently have moved into decision-making roles in men’s professional sports. The Spurs hired Becky Hammon as an assistant coach, the Buffalo Bills hired Kathryn Smith as a quality control assistant, the Raiders hired Kelsey Martinez to their strength staff, and the 49ers hired Katie Sowers as an offensive assistant.

A potential interview hardly means the Browns will hire Rice, but they are interested in talking to her about the job and seeing what she could bring to the position and the organization.

The Internet was baffled by the Browns Condoleeza Rice news.

I don’t know anything, but the Browns should absolutely hire Condoleezza Rice as their head coach. What could go wrong?

This has to be a joke

Might as well hire George Constanza and call it a day

Imagine going back 10 years and telling yourself "Donald Trump will be president, and Condoleezza Rice will be head coach of the Cleveland Browns."