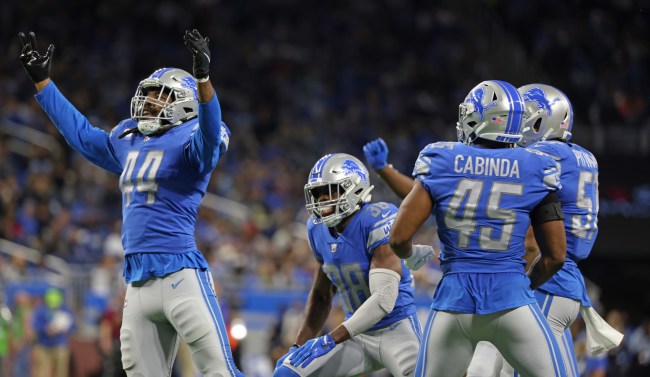 Earlier this week, people were pointing toward the Washington Football Team moving into a playoff spot after their most recent win as evidence that the NFC is a mess right now. It certainly was shocking to see the 5-6 WFT in a playoff spot after a 2-6 start led by their backup quarterback.

We've identified a path to the playoffs for the 0-10-1 Lions ⬇️ pic.twitter.com/IrP7ArnRYo

That’s right. In week 13 of the NFL season, there is still a path to the playoffs for a winless Detroit Lions squad. It’s incredible to look at. Even as I stare at this mosaic of hypothetical game results, I’m struggling to accept the idea that the 0-10-1 Detroit Lions could still make the playoffs.

The list of outcomes needed for this miracle to occur is quite impressive to look at and includes quite a few interesting necessary results. First of all, the Lions would need to win each of their next 6 games. That’s a tall task to begin with for a team that has yet to win any games and is responsible for the NFL’s worst play so far this year.

Perhaps more unlikely than any of those 3 requirements, they need the Jets and Dolphins to both pick up wins over the Taysom Hill led New Orleans Saints.

The path to the playoffs will actually begin tonight for the Lions as they have to root for the Cowboys to beat the Saints on Thursday Night Football.

It may not be the most likely path, but it would be fun to see the Lions pull off a miracle to sneak into the playoffs in a year where many expected them to go 0-18.