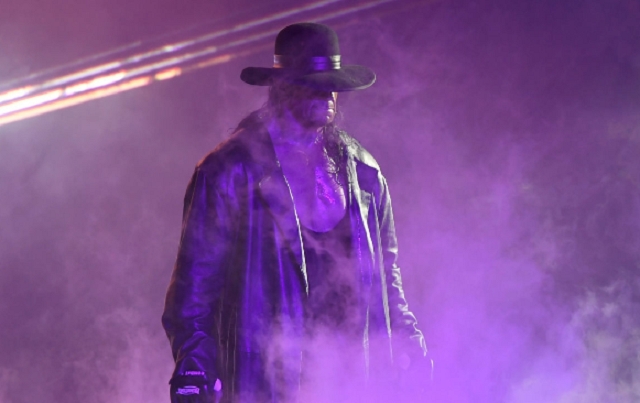 Legendary pro wrestler The Undertaker is officially retired from the WWE after giving his final farewell at the end of Sunday night’s Survivor Series event.

To celebrate his 30th anniversary in WWE, The Undertaker joined Cameo to offer 30 fans the opportunity to receive a personalized video message.

The @undertaker is officially on @BookCameo, so now is YOUR chance to get a personalized message from The Deadman himself! #Undertaker30

One of the most iconic Superstars in WWE history, Undertaker made his WWE debut at Survivor Series on November 22, 1990,”. “To commemorate the 30th Anniversary of his debut, The Deadman will create 30 personalized video messages on Sunday November 22.”

The cost for the Cameo messages were $1,000 a pop and many of the hilarious customized videos have been leaking online. Scroll down to watch The Taker give pep talks, well wishes, and do ads for horror novels for $1k.

the $1000 taker cameos are live pic.twitter.com/vXSt5QsLsx

the deadman believes in you pic.twitter.com/UwNG3VBpbK

got real worried when he started talking about counting votes, but it goes in a different direction pic.twitter.com/srrBrMCIFW

Somebody in this world paid $1000 for the undertaker to THANK THE MCMAHONS ON CAMEO pic.twitter.com/dcogrmVkC7

oh mark, i've always wanted to hear you say these things to me pic.twitter.com/XJgoYUoaDP

you should at least do the first half of this, when it is safe to do so pic.twitter.com/Pri6n5avRx

another deadman pep talk, but this one takes some terrifying twists and turns pic.twitter.com/TlJ3dFe7tP

some guy paid for the undertaker to do an ad for his horror novel, but he didn't pay me so i aint saying the title. this bit is funny though. pic.twitter.com/1BhycZuL9x