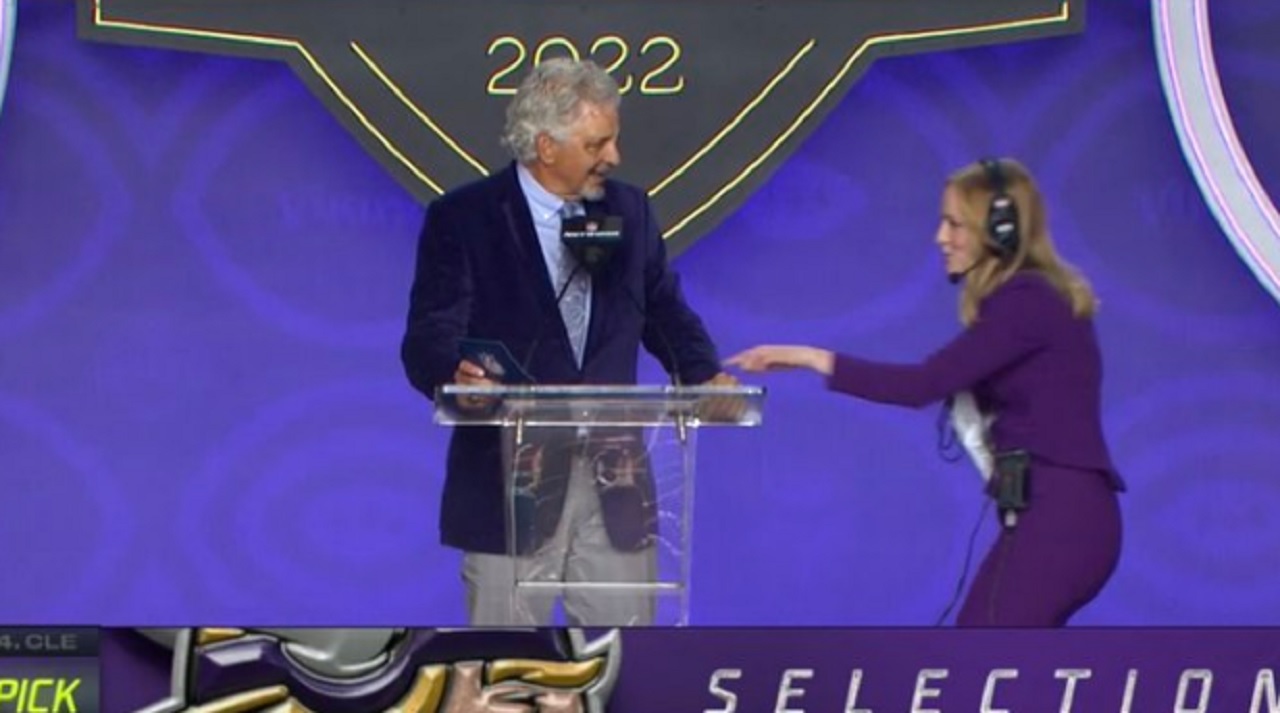 Things got a bit awkward during the second night of the NFL draft.

Minnesota Vikings pick presenter Ed Marinaro, AKA coach Marty Daniels from Blue Mountain State, began talking and making jokes for a long while when he stepped to the podium to announce the No. 42 pick.

“I know what you’re thinking. I look pretty good for my age,” “[My draft] was nothing like this. I was in my little apartment in Ithaca, New York at Cornell University, and Jim Finks, the general manager, called and told me, ‘Congratulations, son. You’ve been drafted by the Minnesota Vikings.’”

Things got so bad that an NFL draft producer had to jump on stage to tell Ed to read the card so they could move along with the show.

This was the most awkward thing I’ve ever watched pic.twitter.com/VG2cc9Gp29