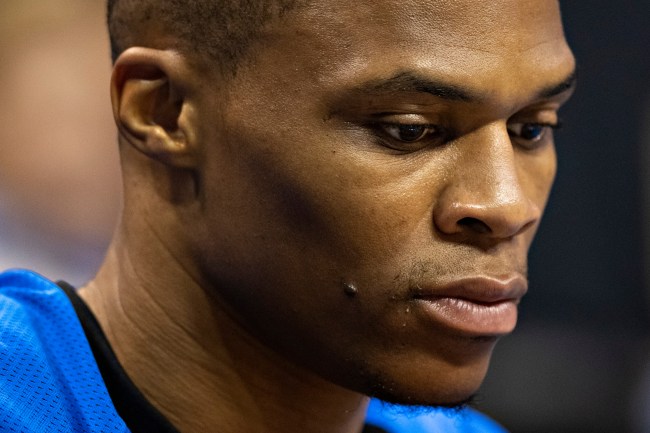 The Oklahoma City Thunder have been bounced from the first round of the playoffs for the third straight season, and there’s little argument over who was going to take the abuse for it.

Westbrook’s season numbers are as polarizing as his image. The OKC superstar completed a third straight season averaging a triple-double, including an NBA-leading 10.7 assists per game. On the other side of the coin, Westbrook shot just 42.8 percent from the field and 29 percent from 3-point range this season, his worst since his rookie season.

While Westbrook has been the victim of many-a-meme as of late, Thunder GM Sam Presti recently came out to defend the man he recently inked to a 5-year, $206 million contract extension.

“Russell Westbrook has been here 11 years. The reason there’s so many people in the room and people watching is that Russell Westbrook has helped us achieve a certain level. With all that being said, he’s not perfect, none of us are. I’m not going to let 11 years of his contributions and performance be completely overshadowed by a couple of pretty tough months. As the leader of the team and face of the franchise, we’ll have those conversations. Would we prefer he handled a few things differently? Yeah, we’ve talked about that. He made an adjustment to that particular approach and I think that’s a sign of growth.” [via Thunder beat writer Erik Horne]

Presti must’ve been in Russ’s ear, because he gave the most in-depth response he’s given in a while the day after the crushing loss to Portland.

Here's Russell Westbrook on what he can improve on in the offseason — This is one of the more detailed responses I've heard him give. #Thunder pic.twitter.com/UtcV6ElfWe