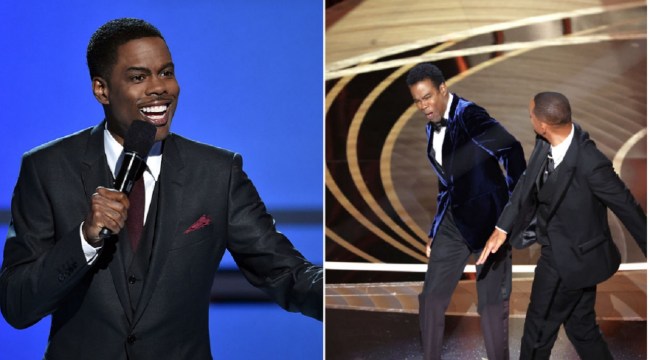 Chris Rock is about to capitalize on the slap heard ’round the World.

On Sunday night, Rock was infamously slapped by Will Smith at the Oscars for making a joke about Jada Pinkett-Smith’s bald head.

Less than 24 hours after the slap, tickets immediately sold out for Rock’s upcoming comedy shows.

We sold more tickets to see Chris Rock overnight than we did in the past month combined.

Tickets for Rock’s shows have skyrocketed on ticket reseller apps.

got 4 chris rock tickets less than a week ago for $47 each, now the lowest price is at $581 each. feeling like a champion today pic.twitter.com/P3aMYIiM4w

You can check Chris Rock’s upcoming tour dates on his Instagram page.