Tiger Woods Had Things Working Big Time On Sunday At The Memorial, All Eyes Now Turn To U.S. Open 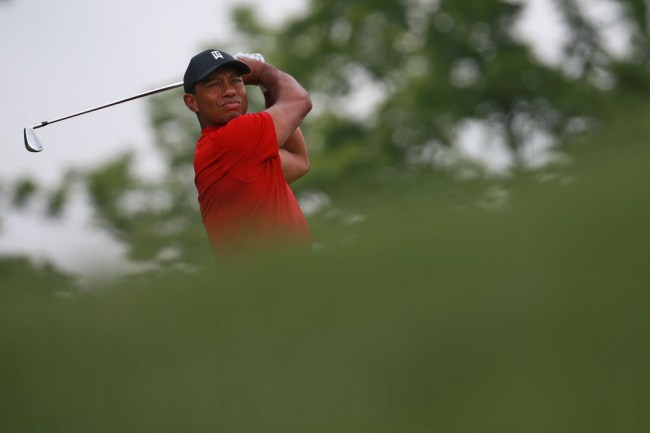 Tiger Woods began the final round at the Memorial 11 shots back of leader Martin Kaymer. There was absolutely no chance Woods was going to get win No. 82 of his career on Sunday, but the big cat certainly made things as exciting as possible in what will be his final round before the U.S. Open in two weeks.

Tiger didn’t have things clicking through the opening three rounds shooting 70-72-70 but found something quick on Sunday as he sat at five-under through eight holes. The fun got underway with back-to-back birdies on the third and fourth holes. He then took advantage of both Par 5’s on the opening nine before sticking his tee shot to five-feet at the Par 3 eighth.

All eyes were on Tiger, and rightly so, but then things got even more interesting.

After opening his back-nine with a par, Woods carded another set of back-to-back birdies on the 11th and 12th holes vaulting him to 11-under for the tournament and in a tie for fourth. Tiger was all of the sudden seven-under through 12 holes and it got Golf Twitter going.

Me two weeks ago after Tiger's MC at Bethpage: "He's gonna surf that Masters win into the sunset."

There is a large feline on the loose in Dublin, Ohio with no regard for human life.

Through his first 12 holes, Tiger hit eight-of-nine fairways, hit every green in regulation and had 18 putts to his name. Yeah, that’s golfing your ball.

As for his remaining six holes, well, those didn’t treat Woods too nicely. He stumbled into the clubhouse with bogeys on the 14th and 18th holes to go along with a disappointing par at the Par 5 15th. Interestingly enough, it wasn’t the driver that hurt him as he closed out his round, it was pulls on his approach shots that put him in tough short-sided positions.

Nevertheless, it’s safe to say that Tiger will take a five-under 67 that included seven birdies heading into the U.S Open. He finished the round hitting 12-of-14 fairways and 14 greens in regulation.

Woods will take the next week plus and prepare for the U.S. Open at Pebble Beach which will get underway on June 13. He’ll want to forget about the missed cut at last month’s PGA Championship and get back into the mix at the year’s third major championship.

Tiger will be looking to carry the momentum he found in Sunday’s round and piggyback that on top of some fond memories at Pebble Beach where he won his first of three U.S. Opens back in 2000.