You Have To Be Insane To Spend $210,000 For A Golf Lesson With Tiger Woods 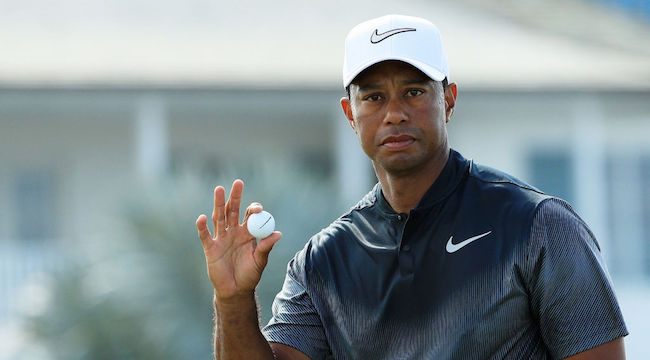 Tiger Woods made his triumphant return to golf at the Hero Challenge in Dubai a couple weeks ago with a ninth-place finish after multiple surgery-related hiatuses that included a DUI arrest for driving with a cocktail of substances in his system as some people speculated he would never return to the sport. After undergoing back surgery in 2014, Woods’ game dropped dramatically, but his most recent performance shows the once dominant player might still have some of the Old Tiger in his system.

Woods spent months preparing for his comeback, and he agreed to participate in a pro-am to raise money for the victims of Hurricane Harvey that was organized by Chris Stroud and Bobby Gates at Bluejack National, a course he started designing in 2014. The event raised over $1 million thanks in no small part to an anonymous donor who decided to bid $210,00 at a fundraising auction to get a private lesson from The Artist Formerly Know As Eldrick .

A private golf lesson with Tiger Woods was auctioned for $210,000 on Monday night at the Hurricane Harvey Relief Pro-Am played outside of Houston at Bluejack National, a golf course Woods designed. Some 25 pros participated, including Patrick Reed,… https://t.co/1scTabQzWz

Look— the last thing I want to do is disparage someone who decided to donate a couple hunred thousand dollars to a good cause. However, every single golf lesson I’ve ever taken has involved a pro at a driving range spending an hour telling me to keep my arm straight, turn my back foot, and follow through. Tiger might be one of the best golfers of all time, but I can’t imagine he will magically manage to change your golf game by examining your swing and teaching you how to read a break over the course of a few hours.

At least this guy has a great story he can tell at the 19th hole for the rest of his life.