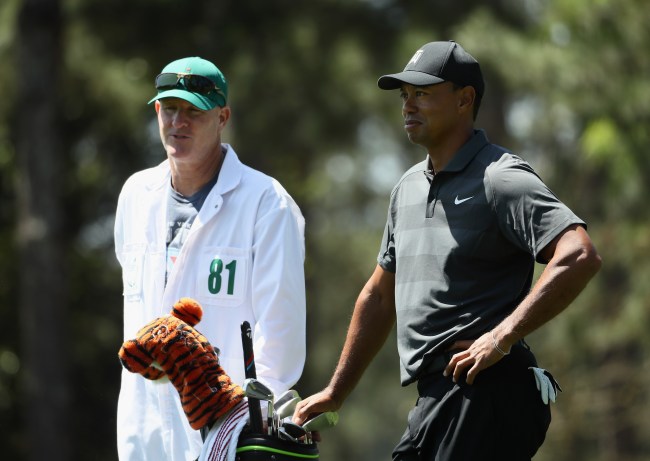 Veteran caddie Joe LaCava has been Tigers right-hand man for seven years now, unfortunately being late to the party for all 14 of Tiger’s major titles.

Nonetheless, LaCava has been gifted with the rare opportunity to observe the intricacies of arguably the most accomplished athlete of modern times. In the past, he’s told stories of Tiger’s relentless competitiveness–like that time Tiger wouldn’t speak to him for a day because LaCava kicked his ass in the basketball game H.O.R.S.E.

Today, during a podcast with Golf Digest, LaCava recalled the funny story of meeting Tiger for dinner for the first time back in 2011. Moral of the story: If you’re on time, you’re late.

It wasn’t in a bad way, but come to find out 5:30 for him means like 5:15, which I found out later. And if you’re not there, he’s just going to order. He doesn’t even look at the menu. He wants the porterhouse, medium well, and he wants a salad and that’s it.”

I’m totally down with Tiger’s mindset. The ‘wait until everyone has their food to eat’ can go straight to hell with holding the door for people and saying ‘bless you’ after they sneeze. Team Tiger.