Tiger Woods Is Out Of The Hospital, What Does A Potential Timeline Look Like For His Recovery? 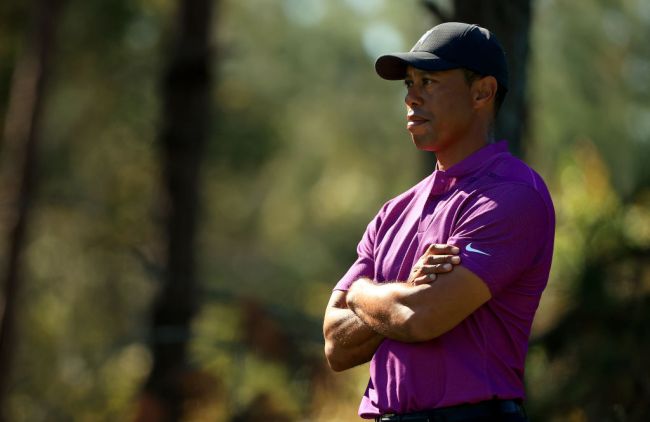 Tiger Woods announced on Tuesday that he has been released from Cedars-Sinai Medical Center after suffering severe leg injuries in a rollover crash in Ranchos Palos Verdes, California. The 45-year-old underwent “a long surgical procedure” for “comminuted open fractures affecting both the upper and lower portions of the tibia and fibula” and a shattered ankle. Returning to his home in South Florida is the first step of a long, strenuous recovery process.

Woods was on his way to Rolling Hills Country Club to film a celebrity coaching session with GolfTV on February 23rd when his car rolled over on a winding section of road. First responders found him conscious and transported him to Harbor-UCLA Medical Center for emergency surgery. He was later moved to Cedars-Sinai Medical Center for three weeks of further treatment.

Neither Woods nor his team have provided a timeline of how long his rehabilitation may take, and there is no indication if or when he may appear in public next. However, the news of his release is a positive move in the right direction.

According to Dr. Anish Mahajan, the chief medical officer and interim CEO at Harbor-UCLA, the 15-time major winner required rods, screws and pins to rebuild his broken bones.

“Comminuted open fractures affecting both the upper and lower portions of the tibia and fibula bones were stabilized by inserting a rod into the tibia,” said . “Additional injuries to the bones of the foot and ankle were stabilized with a combination of screws and pins. Trauma to the muscle and soft-tissue of the leg required surgical release of the covering of the muscles to relieve pressure due to swelling.”

A comminuted open fracture typically involves the bone splintering in three or more places and means that the broken end of the bone punctures through the skin, or there is a wound that shows the bone. For a standard, singular comminuted open fracture, recovery can take anywhere from four to six months. Once the bone has healed, it requires a significant amount of rehabilitation to restrengthen the bone, as well as the surrounding muscles, tendons and ligaments. Woods has multiple in both his tibia and fibula.

As for his ankle, it typically takes about six weeks for bones to heal— depending on the severity, of which Woods’ is significant. In many cases, it may take longer for the soft tissues and ligaments to heal as well. Following surgery, patients are placed in a splint and are elevating the limb(s) for most of the day. After at least 10 days, in the best case scenario, patients are placed in a removable boot that allows them to start trying to move the ankle. They do not typically bear weight for four to six weeks, which will likely be even longer for Woods, considering the fractures in his legs.

Looking at the best case scenario, which may not be feasible given the nature of his injuries, Woods could move from recovery to rehabilitation around four months after surgery. That would be looking at June 23rd. From there, the process could take anywhere from three to 24 months before he is moving at full speed. One sports medicine analyst suggested that the injury is worse than those suffered by quarterback Alex Smith, who took nearly two full years to receive clearance for football activity.

This is all speculation, of course, but the bottom line is this— Woods has a long road ahead of him, and wondering when he will be back on the golf course (if at all) is a question that simply doesn’t make sense to ask at this time. To spend three weeks in the hospital is a lengthy stay and it means that the injuries are as significant or worse than they sound. But it starts with the little things and going home to his mansion in Florida is a good sign that the Big Cat is on his way to getting right.