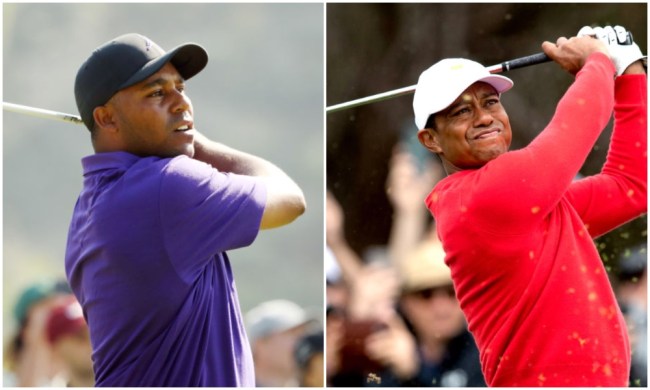 With protests going on all around the United States in response to the death of George Floyd and police brutality, many of the world’s most well-known athletes have spoken out against racism, injustice, and inequality. On Monday, both Tiger Woods and Harold Varner III put out statements in response to everything going on around the country.

Varner posted his powerful and insightful statement late Monday afternoon on social media. Not only did he state the fact that Floyd should be alive, but he also addressed the minority of people out there turning to violence, looting, and arson in many major cities around the U.S.

“Here’s the obvious: George Floyd should still be alive. Absolutely. No doubt. End of story. This was a senseless killing — a murder — and, to me, it was evil incarnate.”

“Seeing justice for George Floyd turn into destruction and death of business owned by African-Americans, Caucasians, Hispanics, and other ethnicities is disgusting,” Varner continued. “I will always be behind all African-Americans who are subjected to racism. I will also be behind other ethnicities in the same way. But I will never support and aggressive reactions, especially against those who poured everything into opening this restaurant or that shop.”

As both peaceful protests and unfortunate rioting continued on Monday night, Woods released a statement of his own on social media expressing that through honest conversations a safer, unified society can be accomplished.

“My heart goes out to George Floyd, his loved ones and all of us who are hurting right now,” Woods said. “I have always had the utmost respect for our law enforcement. They train so diligently to understand how, when and where to use force. This shocking tragedy clearly crossed that line. I remember the LA riots and learned that education is the best path forward. We can make our points without burning the very neighborhoods that we live in. I hope that through constructive, honest conversations we can build a safer, unified society.”