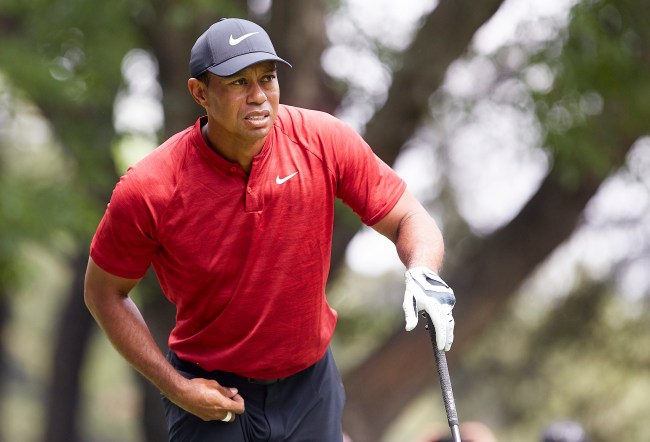 To the great dismay of golf fans globally, Tiger Woods has announced that he has withdrawn from the Arnold Palmer Invitational this week at Bay Hill due to a “neck strain.”

In a pair of tweets posted Monday, Tiger announced his injury and disappointment for missing one of his favorite tournaments, one that he has won 8 times in his career and was a 9/1 favorite to win again, second only to Rory Mcilroy.

Unfortunately due to a neck strain that I’ve had for a few weeks, I’m forced to withdraw from the API. I’ve been receiving treatment, but it hasn’t improved enough to play. My lower back is fine, and I have no long-term concerns, and I hope to be ready for The Players.

I’d like to send my regrets to the Palmer family and the Orlando fans. Its connection to Arnold makes it one of my favorite tournaments and I’m disappointed to miss it.

Woods said he has “been receiving treatment, but it hasn’t improved enough to play,” adding, “My lower back is fine, and I have no long-term concerns, and I hope to be ready for the Players.”

The silver lining is that Tiger’s nagging back isn’t the issue. A neck strain seems like an injury he’s capable of putting behind him before the Players Championship set for March 14.

That didn’t settle the nerves of golf Twitter, who had a breakdown upon hearing the news.

My reaction to the Tiger Woods news pic.twitter.com/CToQpS9bPT

YOU CAN HAVE MY NECK I DONT NEED IT

Orchids of Asia in Jupiter. Ask for the Krafty. You’ll be fine by Thursday.

Take my neck, Tiger. Take all of our necks.