So. Many. People. Tuned In To Watch Tiger Woods’ First Tour Championship Win Since 2013 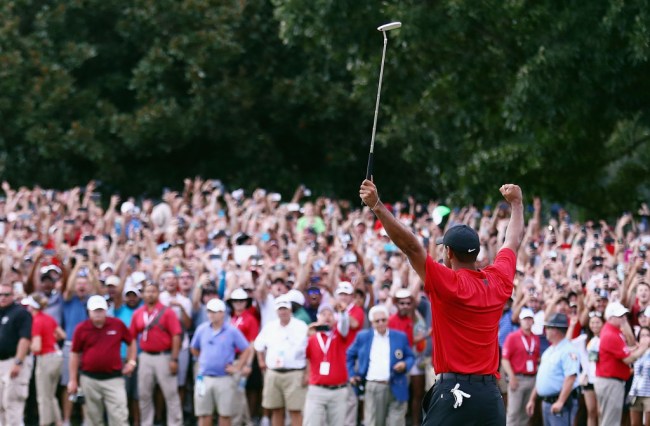 After years of speculation and doubt brought on by nagging injuries and a very public fall from grace, it is official: Tiger Woods is back. The 80-time PGA Tour winner added another W to his resume with a Tour Championship win that ended a five year PGA Tour winless drought.

NBC announced that Sunday’s final round of the event drew a 5.21 overnight rating, the highest of any non-major championship this year. This is particularly impressive seeing as the PGA Tour’s season finale fell smack dab in the middle of week 3 NFL action. According to Golf Digest, that rating is a 206 percent increase over last year’s Tour Championship in which Xander Schauffele won. The rating last year: 1.70.

More people were watching when Tiger won yesterday than any amount of people watching at a given time for the British Open or US Open this year. pic.twitter.com/SmK7OVRV1w

If a picture says a thousand words, this would would say ‘Tiger’s BACK’ 500 times.

THIS IS WHY SPORTS RULE MY LIFE!