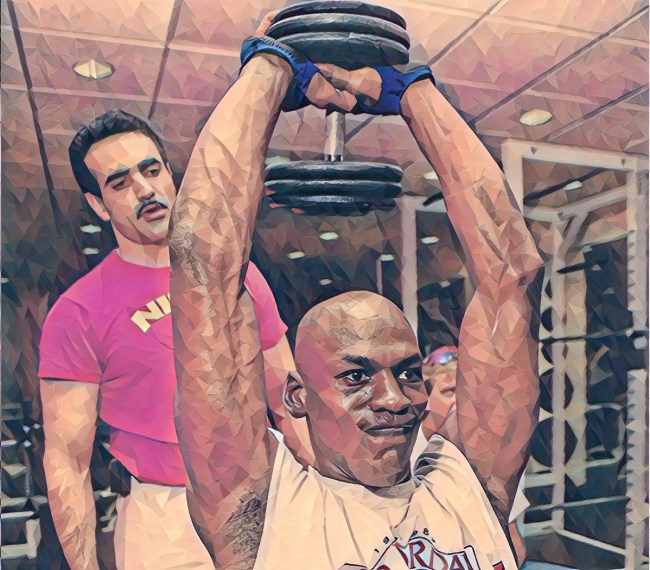 Never apply for a job you’re qualified for.

Outside of open heart surgery, no function truly demands 7-10 years of relevant experience and anyone who’s ever worked in an office knows “strong communication skills” is just asking Nancy how her weekend was before tuning out forever.

When trainer Tim Grover took on Michael Jordan as a client in the late 80s, he was making $3.35 at a local health club training housewives, recreational athletes, and kids.

Grover, who went on to train Kobe Bryant and Dwyane Wade, appeared on our Endless Hustle and opened up about how he kickstarted a 15-year stint training the most iconic athlete the world has ever known.

How Tim Grover (@ATTACKATHLETICS) went from training housewives to the greatest athlete to ever live.

"I saw a little article in the paper saying how Michael Jordan was tired of taking the physical abuse from the Detroit Pistons."

“I saw this little article in the paper that said how Michael Jordan was tired of taking the physical abuse from the Detroit Pistons. I’ve never worked with a professional athlete.

I said, you know what, I’m going to send out letters to all the other Bulls players. This was before emails, texts, any of that stuff. I hand-wrote letters to 14 of the Chicago Bulls players. The one person I did not write a letter to was Michael Jordan. There’s no way they’re going to let me work with him.

A few of the letters actually made it to the players and one letting was sitting open in the locker. And Michael actually reached inside that locker and pulled out the letter and read it. He gave it to the team physician and said, ‘Find out what this kid’s about.'”

The Bulls organization then contacted Grover and said a player was interested in working with him, without saying who.

“For three months they literally drilled me more than when I was in college about my knowledge, practicals. Still didn’t know who they were interviewing me for.”

After three months, the Bulls call Grover and give him an address to an undisclosed location in the suburbs.

He invited me in the house. Big mistake, I had Converse gym shoes on so I had to take those off before I went in the house.

MJ and Grover talk for about 30-40 minutes about Grover’s philosophy and how he can help MJ rise above the Bad Boy Pistons.

“[Jordan] was all about, ‘Listen, I just want to get bigger and stronger. I’m tired of taking the abuse.’

The plans everyone else had given him were completely different than what I had said.”

Grover pitched him on addressing the nagging injuries he suffered early in his career, which would subsequently make him stronger and more durable.

Jordan agreed to a 30-day trial.

Check out the full interview with Tim Grover below and pick up his fascinating best-selling book W1NNING: The Unforgivable Race to Greatness.