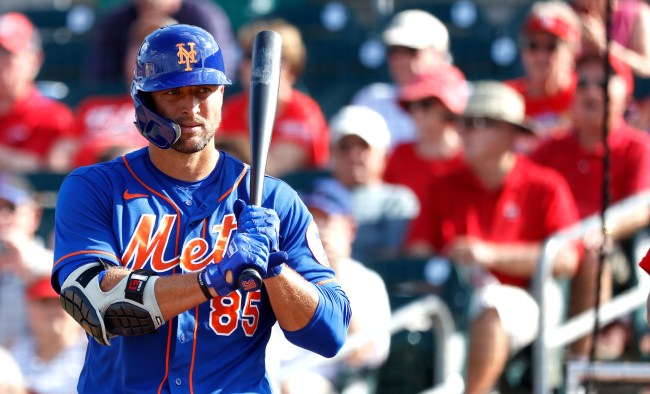 Tim Tebow’s MLB dreams haven’t (completely) been crushed just yet. After league owners and players finally settled on an agreement to actually play baseball this season, teams are now preparing training camp rosters ahead of the late July start date.

There is a 60-man player pool and any player that makes that group of 60 will attend camp and will be available to teams throughout the season. The Mets have already put together a list of 50, but with 10 spots still up for grabs team general manager Brodie Van Wagenen didn’t rule out the possibility that Tebow could be one of those 10 players to make the cut.

“We do still have 10 spots that we haven’t made final determinations on, who we will be bringing,” Van Wagenen said on a video call with reporters on Monday, per Syracuse.com. “He was in camp with us early on in camp last spring. He was sent out to minor league camp a couple weeks into it.

“But he, like many of the other players that were in spring training for us, will be in consideration to bring back. But we haven’t made those final decisions.”

While there is still a chance for Tebow to make the 60-man player pool, his chances are low seeing as how he’s just not all that good at baseball; at least not good enough to play in The Show.