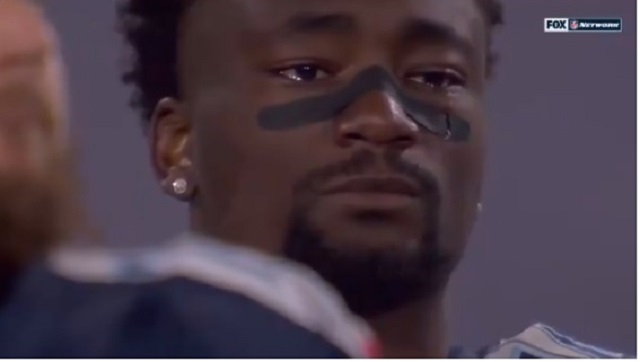 Titans’ Corey Davis was extremely emotional during his team’s game against the Colts on Thursday Night Football a day after he lost his brother.

Davis’s brother Titus, a former CMU standout wide receiver who had a brief stint in the NFL, died on Wednesday at the age of 27 due to a rare form of cancer.

The older Davis passed away on Wednesday just months after being diagnosed with renal medullary carcinoma, which is one of the most aggressive forms of kidney cancer.

The two brothers shared one big common bond and that bond was football. Just before the start of his final college season, Corey said he would have never played football if not for his older brother.

“He’s the sole reason I’m playing this sport today,” Corey Davis said in July 2016, via the Detroit Free Press. “We’re always working and getting better together. He’s helped me, even when I was at Western [Michigan], and he was at Central. He’s helped me find things I need to do better and improve on.”

Corey decided to play on Thursday and was fighting back tears on the sideline during the game.

Corey Davis is clearly playing through a lot of emotion tonight pic.twitter.com/Ksvs9rAgW2

Corey Davis lost his brother yesterday who was battling cancer. Davis was emotional on the sidelines before coming out and starting for the @Titans tonight 🙏 pic.twitter.com/7Ibu4cQMNx

After the game, Corey Davis spoke about what it was like playing on the field after his brother’s death.

.@TheCDavis84 on his brother – "That’s my biggest fan. Since I was a little kid, I was always chasing after him & trying to be like him. I wore his number every year to copy him. He thought it was annoying, but I looked up to him tremendously. That was my idol, my hero….(cont.)

..I tried to honor him. It was heavy on my mind, every play. I just kept thinking this is what he wanted me to do. He wouldn't want me to be sad & sulk & feel sorry for myself. I obviously miss him & wish he was here, but I know he’s in a better place & that he was with me today.