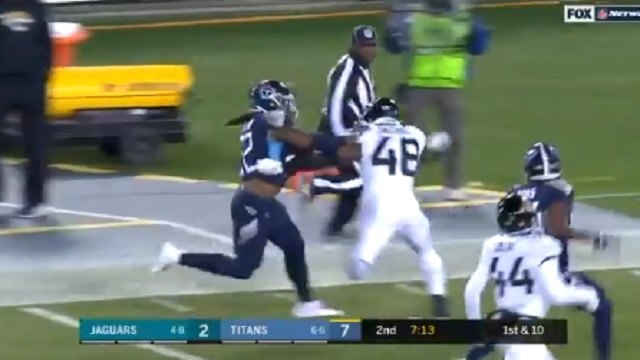 During tonight’s Jags-Titans Thursday Night Football game, running back Derrick Henry had easily the best run of the NFL season when he stiff-armed several defenders in an absolutely epic 99-yard TD run.

For whatever reason Darren Rovell had to hate on the run because of course he would.

Please don't call that one of the best runs in NFL history.

If you call it anything, call it one of the worst tackling jobs.

The Internet had plenty of hilarious reactions to the Titans’ clap back.