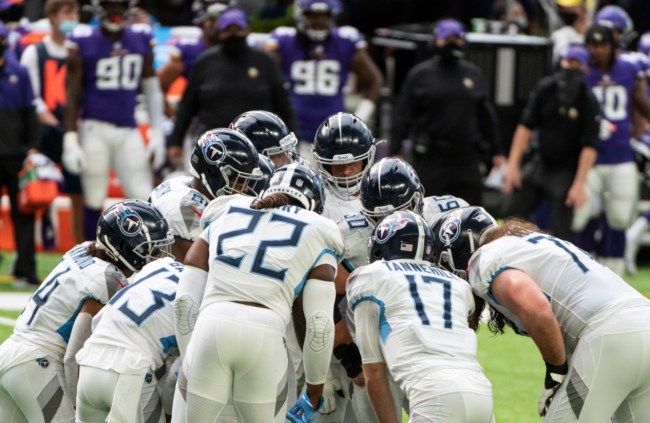 The NFL has reportedly completed its review surrounding the Titan’s COVID-19 outbreak and while the league did find some failures of protocols, Tennessee will not be forced to forfeit any games or lose any draft picks.

According to NFL Network’s Tom Pelissero, the Titans as an organization are facing a potential fine, it looks as if they’ve dodged the major bullets. The wrongdoings found revolved around mask-wearing, specifically violations in which players and staff congregated in hallways without any face coverings.

As positive tests continued to pop up among players and staff two weeks ago, it was reported that the Titans did in fact break protocol by holding a workout at a local Nashville high school. Based on the report, however, the worst discipline the team could face would be potential fines.

The review found instances of failure to comply with requirements on wearing masks, as well as insufficient clear communication regarding workouts outside the facility. Those findings will serve as the basis for any potential league discipline, which likely would amount to fines.

The #Titans dedicated significant time and resources to get into compliance with COVID-19 protocols in the offseason, and since have made additional changes to the facility.

Final disciplinary decision to come, but findings have been presented to the club and review is closed.

The Titans had their Week 4 matchup with the Steelers moved to this upcoming Sunday due to the outbreak. Their Week 5 game against the Bills was also pushed back two days to Tuesday, a game in which Tennessee won 42-16.

While fines will likely be coming to the organization, the Titans have handled themselves pretty well despite the positive tests and noise surrounding the outbreak as they remain unbeaten this season after knocking off the Texans in overtime this past Sunday.