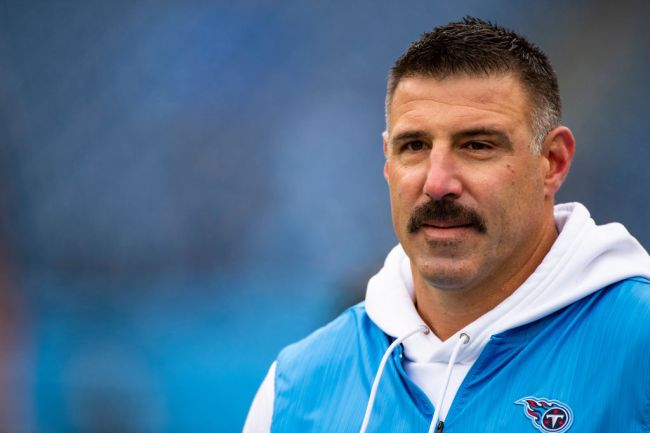 The Titans, the new villains of the NFL, improved to 5-0 on the year after taking down the Texans 42-36 in overtime on Sunday, but they may not have squeaked out the win if it wasn’t for a brilliant coaching job by Mike Vrabel.

With Houston leading 30-29 with 3:27 left in the game facing a 2nd-and-1 on the Titans’ 29-yard line, Vrabel appeared to tell his team to intentionally take a too many men on the field penalty. It may not seem like a great idea to gift a team a first down, but Vrabel clearly played the numbers game here.

The Texans’ chances to pick up just one yard for the first down were extremely high, so Vrabel handing Houston a first down saved at least 40 seconds of game clock. Houston went on to score on that drive, but the Titans got the ball back with a chance to tie the game with 1:50 left on the clock. If the Titans don’t take the penalty they may not have had even a minute to go down the field and force overtime.

Here is the sequence. It’s 2nd and 1. Odds of Houston converting either on this down or the next is astronomical. Joseph is confused looking to the sideline and Vrabel is telling him “it’s ok” and then does a sales job to make sure the ref sees it. https://t.co/ZFJzQJC5II pic.twitter.com/EWuOhk5J4U

After Houston did not convert its two-point conversion, Tennessee managed to go down the field and tie the game with four seconds left in the fourth quarter forcing overtime. The Titans then won the toss to begin overtime and six plays later Derrick Henry punched it in the endzone to keep Tennessee’s perfect season alive.

For those out there that don’t think coaching matters all that much in the NFL, think again. The clock management from Vrabel and the Titans down the stretch on Sunday was absolutely brilliant.