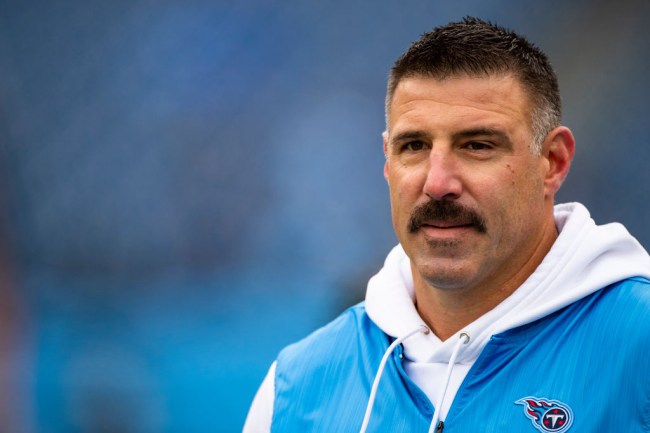 Life is pretty great for Titans head coach Mike Vrabel at the moment. His Titans rose from the grave thanks to Ryan Tannehill, Derrick Henry, and A.J. Brown after a 2-4 start to the regular season, snuck into the playoffs and are now one win away from playing in the franchise’s first Super Bowl since 1999.

That’s not too bad for a second-year head coach, but what is bad is this video showing Vrabel getting absolutely blindsided by a side judge during Tennessee’s win over the Ravens last weekend.

First, it was Vrabel’s questionable pushup form ahead of the Titans’ game in Foxboro a couple of weeks ago and now he’s been caught getting blasted by a referee.

As you can hear in the video, side judge Eugene Hall had the perfect, and really only response, by shouting ‘sorry’ in Vrabel’s direction as he flies out of the frame of the video.

The video really is the perfect ‘wait for it’ clip with Vrabel simply chatting with coaches through his headset and then getting flown out of the way. It’s also worth noting that Vrabel is a three-time Super Bowl-winning linebacker, he is a large human being.

The video was shown on Showtime’s Inside The NFL. There are few things more entertaining then random, mic’d up moments involving NFL players and coaches and this is without question the top clip of this year’s NFL playoffs.