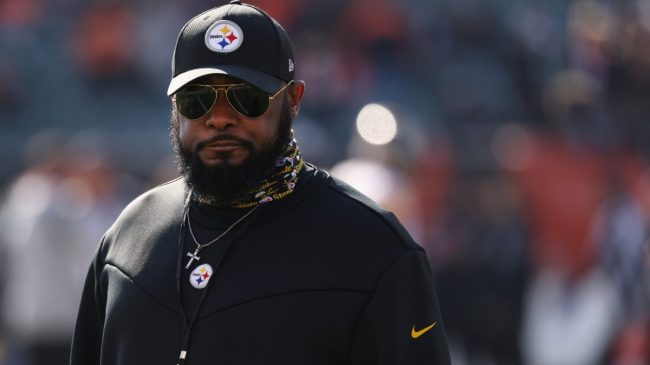 The Pittsburgh Steelers, like the rest of the NFL, will look to improve the roster with young talent in the upcoming draft.

The class boasts a great deal of proven prospects, but there’s one player that presents a perfect fit for Mike Tomlin’s bunch, at least according to analyst Todd McShay.

While speaking on the ESPN First Draft Show, the insider suggested that the Steelers should target Liberty QB Malik Willis with their first overall selection.

Can the Steelers land QB Malik Willis in next week’s draft? I’ve though all along it’s the perfect marriage. pic.twitter.com/u87g4WCOJz

“Malik Willis brings that running element. You already have a strong run game. You’ve got a really good defense. So why not bring in a quarterback in this class, the one quarterback, that legitimately can give you a numbers advantage in the run game?”

McShay compares the marriage to that of Lamar Jackson and the division rival Ravens. Baltimore capitalizes on its ability to run the football, and they use Jackson’s legs as a threat as much as they do his arm.

Mike Tomlin has said he needs more mobility at the position. The only problem is the fact that Willis likely won’t be on the board at the No. 20 spot.

The Carolina Panthers could opt to pick him at No. 6, or another team might jump in to land the talented passer. McShay says that if Willis does fall outside the top ten, he could see the Steelers trading up to bring the signal caller to Pittsburgh.

The team did bring in mobile quarterback Mitch Trubisky over the offseason, meaning Willis wouldn’t necessarily be thrown into the fire as a rookie. Pittsburgh likely wouldn’t have to change too much of the offense after making a transition, either.

It will be interesting to see where Willis winds up on the draft boards. If he slips a bit, the Steelers might swoop in.