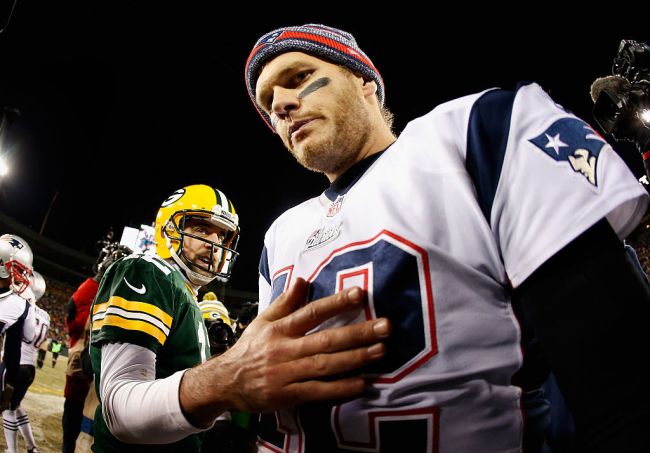 The Tampa Bay Buccaneers (3-2) host the Green Bay Packers (4-0) this weekend and Tom Brady has revenge on his mind.

Brady, ever the competitor, is focused on winning the game but admits he’s still ticked about losing to Rodgers away from the football field. The Packers quarterback bested Brady in nine holes of golf, beating Tom Terrific by just one stroke.

“He beat me on the golf course, which I didn’t like,” Brady told reporters on Thursday. “We played nine holes of golf and he made a putt at the end to win, so I was a little pissed about that. . . . I always enjoy my time around him. Still trying to get him back on the golf course, though.”

Brady went on to praise Rodgers for skills besides putting.

“His decision making is just phenomenal, and when you do that at quarterback, it always puts your team in a position to win.

You’ve got to keep from making mistakes and then obviously to throw as many touchdowns as he has, scramble for touchdowns and his ability as a mobile quarterback to buy more time for his receivers is pretty unbelievable too.

There’s a lot of great things to say about his game. He’s one of the great quarterbacks to ever play the game.”

If Brady is still ticked off about losing by a stroke to Rodgers, imagine his inner rage about losing to Peyton Manning and Tiger Woods by one stroke during “The Match” last May.

Brady must be downright livid at the makers of his pants.