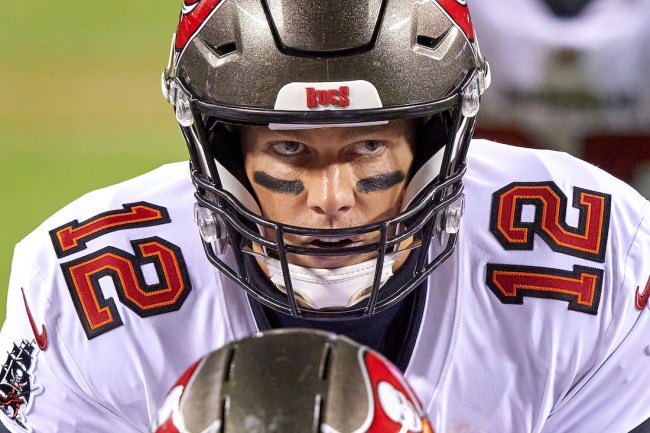 Tom Brady’s the GOAT, so it’s rare to see the Tampa Bay Buccaneers’ quarterback do anything that seems, you know, human. From defying the odds by winning his seventh Super Bowl at the age of 45 last season to still outplaying signal-callers who are half his age, the future Hall of Famer almost seems like a robot with how dialed in he his.

For that reason, it was pretty humorous seeing Brady totally mess up by losing track of a critical 4th down play during an early season Thursday Night Football game against the Chicago Bears. After seeing video of the play — and the reaction from the quarterback afterwards — it’s clear he thought it was third down instead. Hell, he even held up four fingers towards the sideline signifying he believed he had another down to work with.

Since people love to dump on Tom Brady when he messes up, the Internet had a field day laughing at the Bucs’ star. Of course, in the end, it didn’t matter, as Tampa Bay ended up as champs. But, in that moment, people had plenty of jokes.

However, Brady never came out and actually admitted he had a brain fart and cost his team a chance to win that Thursday Night Football game against Chicago. In fact, he and his head coach, Bruce Arians, immediately said the quarterback did know it was 4th down — although nobody was buying that.

Well, on Wednesday, Brady revealed that the play was, arguably, one of the few times he’s been totally confused during his NFL career, proving that, yes, he’s capable of making mistakes.

In a video posted to TikTok, Brady narrated the play and acknowledged he was confused and believing it was third down when it was really fourth.

Anyone who saw the play knows Tom Brady had no clue what down it was, so this admission isn’t that big of a surprise. I mean, the Buccaneers needed five yards for a first down, so why would the quarterback take a chance by heaving a 25-yard pass? He only does that if he knows he’s got another down in his back pocket — which he didn’t.

But with Brady now having his seventh Super Bowl ring and ending any debate about who the GOAT is, he seems a little more loose about laughing at himself. This is one of those instances.