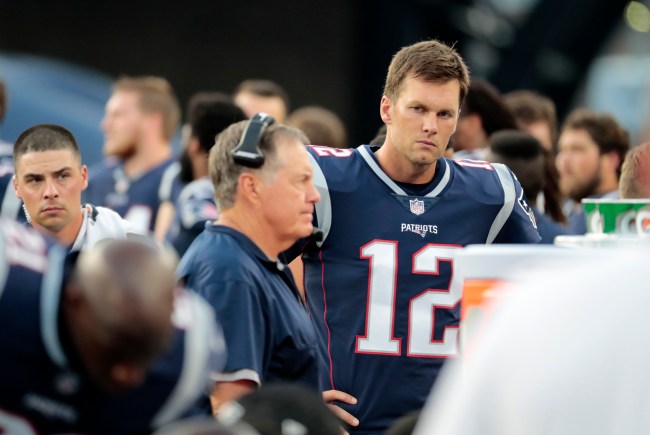 The Tom Brady free agency drama has taken another turn on Wednesday.

According to a report from Boston Herald’s Karen Guregian, Brady spoke to Patriots head coach Bill Belichick on Tuesday for the first time this offseason and it apparently “didn’t go well”.

The two connected by phone Tuesday, and their conversation about Brady’s pending free agency “didn’t go well,” per a source.

It was the first time Belichick had contacted Brady about his contract situation, and the Patriots’ plans going forward. The source wouldn’t shed further light on the discussion, other than noting it wasn’t all that fruitful.

NBC Sports Tom Curran confirmed that the call between the two wasn’t productive and that Belichick was “all business” during the conversation.

How long they talked and whether they got into discussions about money, length of term or any contract details isn’t known. Belichick, according to the source, was all business.

The impression drawn was that Belichick spoke as if Brady was “still under contract.”

Technically, of course, Brady is still under contract. But only until March 18 when his contract expires and he becomes an unrestricted free agent.

If the Patriots are to prevent that from happening — as I reported they want to do — ensuing conversations will need to make more headway.

That Belichick wasn’t particularly warm in this first stab at keeping Brady around isn’t a surprise. He’s not the warmest guy.

Update: Adam Schefter has chimed and claims the phone conversation between Brady and Belichick was “business as usual”.

Bill Belichick and Tom Brady have spoken recently, but those talks were not yesterday and the tone of their discussion was “business as usual”, per source. Still many questions left to answer.

It’s probably best to take every report regarding Tom Brady with a grain of salt until he actually signs with a team.