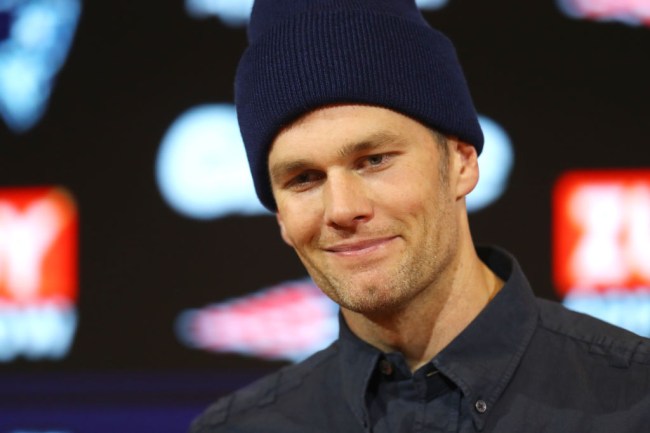 It was no secret that the Tampa Bay Buccaneers, along with plenty of other teams, were going to pursue Tom Brady in free agency. As the days continued to pile up in which Brady and the Patriots did not have any sort of real ongoing contract negotiations it became that more real that the Bucs may actually have a shot at signing the GOAT, but internally they wanted to keep things under wraps.

So, they created a codename and referred to their pursuit of Brady as ‘Operation Shoeless Joe Jackson,’ according to ESPN’s Ian O’Connor.

Now if you’re like me and neither 150 years old or a baseball historian, you only know the name ‘Shoeless Joe Jackson’ from the movie Field of Dreams and that’s the character the Bucs had in mind when they came up with this codename. The real-life Jackson was a baseball player that was banned from the game back in 1919 for supposedly fixing the World Series.

The Bucs front office and personnel used the secret code name because Brady leaving the Patriots seemed as likely as Jackson magically appearing in an Iowa cornfield as he did in the movie.

Bucs director of player personnel John Spytek reportedly used to tell general manager Jason Licht “if we build it, he will come.”

“Just having some fun with it,” Spytek said according to NFL.com. “And making sure people don’t know what the hell we’re talking about if they overheard. We wanted to keep it as quiet as possible.”

It’s safe to say that the code name had nothing to do with Brady’s decision to sign with the Bucs, but it’s still an interesting note about one of the wildest free agent signings in the history of the NFL.