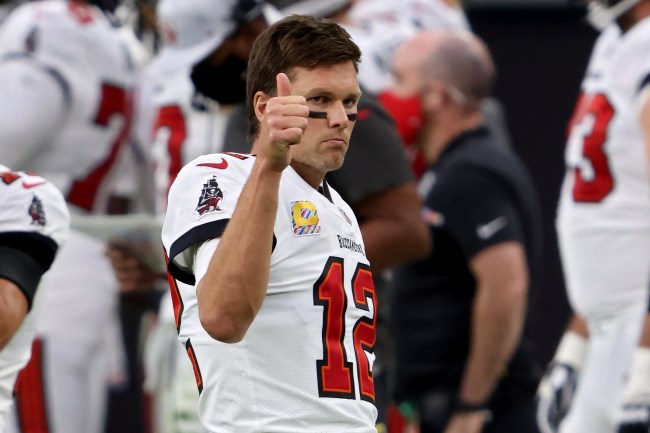 It seems like Tom Brady doesn’t have a problem shaking hands with QBs not named Nick Foles.

Two weeks ago Brady ran into the locker room after the team’s loss to the Bears and appeared to snub Foles in the process.

Brady has downplayed snubbing the Bears QB despite the fact that he’s repeatedly left the Foles QB hanging in the past.

"I don't know one reason or another why I wouldn't do that. Sometimes I run off the field, sometimes I haven't… I didn't even think about that… Nick Foles is a hell of a player and a Super Bowl champ”@6abc pic.twitter.com/a3HoVPSHuU

Since the Bucs loss to the Bears Brady has shaken hands with Aaron Rodgers and Raiders QB Derek Carr.

Fans were annoyed that Brady has shaken hands with every QB with the exception of Foles.

*except when it’s Nick Foles https://t.co/w4krfpdEbu

Unless the QB is Nick Foles Right? https://t.co/KEj6GPzOhd