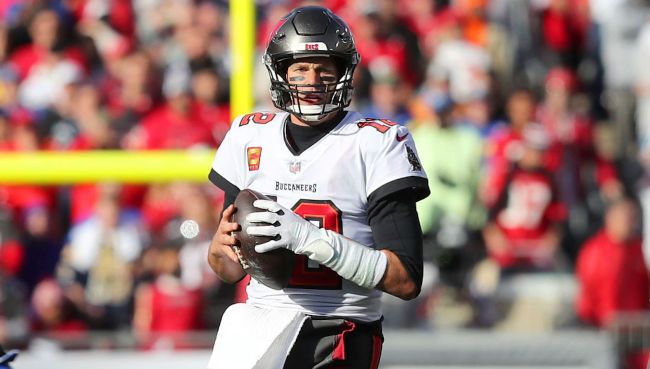 After just 40 days as a retiree, future Hall of Fame quarterback Tom Brady announced that he would be returning to the Tampa Bay Buccaneers for a historic 23rd season later this year.

Brady, who will turn 45-years-old before the start of the 2022 season, recently spoke with ESPN and said that while he may have decided to play this year, he knows he doesn’t have much gas left in the tank that is his on-the-field NFL career.

“I know I don’t have a lot left, I really do. I know I’m at the end of my career,” Brady said. “I wish you could go forever, but it’s just not and football comes at too high of a cost now. My kids are getting older and it’s just getting harder and harder to miss these things. But, I wanted to give myself and my teammates and our organization another incredible opportunity to accomplish something that we’d all be very proud of.” [via ESPN]

Brady’s play certainly doesn’t suggest he’s nearing the end, though, as he had one of the best years of his career in 2021. During the 2021 season, Brady passed for the most yards in his career (5,316) while also tossing 43 touchdowns and just 12 interceptions.

As things currently stand, the Tampa Bay Buccaneers are the second-biggest favorites to win next year’s Super Bowl wil odds of +700 (according to DraftKings). The Bucs trail only the Buffalo Bills, who are favored to win the 2023 Super Bowl with +650 odds.