Tom Brady Is The Undisputed King Of The Goat Emoji, According To Research 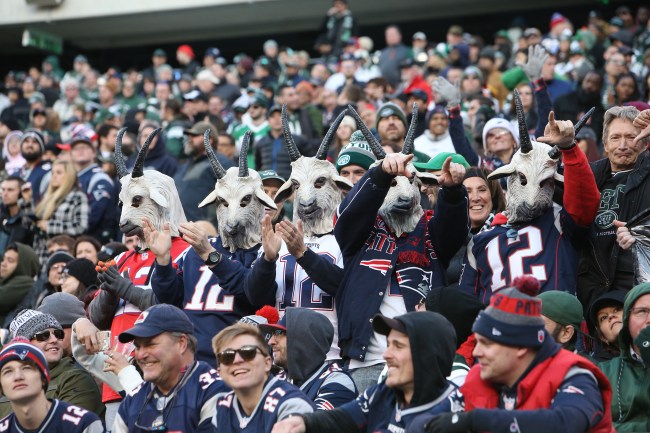 The GOAT emoji is thrown around more often than it should to describe people who have no business having the symbol be bestowed on them. It take a lot to be “the greatest of all time” so just because Wendy’s throws out a lukewarm burn to Burger King on social media, it doesn’t make them the best at anything. Other than frosties, which are delicious.

According to the Wall Street Journal, there have been close to 30 million tweets that feature the GOAT emoji over the past two years and all of the top-20 days that emoji has been used most often center around sports.

One of those days occurred during the Patriots wild overtime victory against the Chiefs in the AFC Championship when Brady surgically drove his offense down the field for a game-winning 75-yard drive. 161,351 tweets were sent featuring the goat emoji after that game.

As Sports Illustrated points out, there has only been one time in the history of Twitter when more tweets were sent with the goat emoji. February 5, 2017, when Brady and the Patriots overcame a 28-3 third quarter deficit to defeat the Atlanta Falcons in Super Bowl LI. 333,665 people tweeted out a goat emoji following arguably the most improbable comeback in sports history.

The most tweets with a 🐐 came after the Patriots came back against the Falcons in the Super Bowl. The second most: when the Patriots beat the Chiefs in the AFC Championship.

Over the past few years, Brady and LeBron have dominated the GOAT discussion on social media, with Shaun White making a splash on February of 2018 after winning the Olympic gold. Tiger Woods became the People’s GOAT when he was arrested for a DUI in May of 2017.

If Brady wins his sixth Super Bowl this Sunday, the GOATS may break the internet.