Tom Brady Gives New Tight End A Petty, 22-Year-Old Reason For Why He Won’t Be His First Read 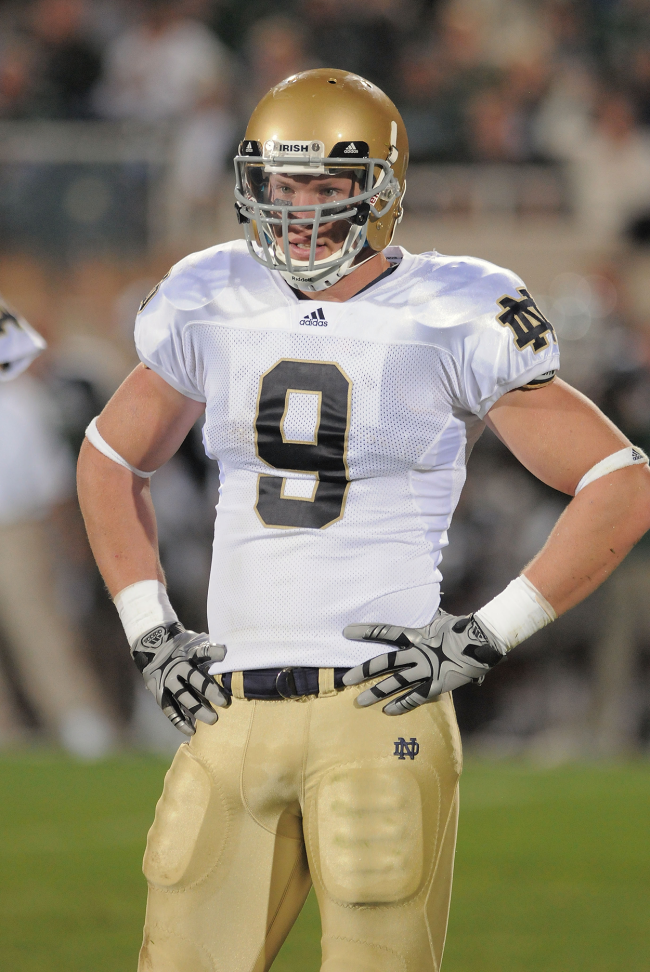 On Wednesday evening, tight end Kyle Rudolph chose to sign with the Buccaneers. Rob Gronkowski chose not to return to Tampa Bay and O.J. Howard left for Buffalo during the offseason, leaving the team with Cameron Brate as the only name of note on the depth chart. The addition of Rudolph fills a talent void in an offense that places a significant emphasis on the tight end and rotates frequently at the position.

However, he won’t be Tom Brady’s first read because of his alma mater.

Rudolph, who went to Notre Dame, would have been college rivals with his new quarterback, who went to Michigan. The former decided to sign with the Buccaneers despite being told that his collegiate affiliation will hinder his ability to be Brady’s top target, said Adam Schefter.

Kyle Rudolph chose to play in Tampa despite the fact that former Michigan QB Tom Brady told his new tight end that he can’t be his first read because he went to Notre Dame.

It would be hard to imagine a world in which a quarterback would not look to the designed first read. Maybe Tampa Bay doesn’t have a single play where the tight end is the first look, but that is hard to imagine considering that Gronkowski was the third-most targeted pass-catcher on the team last year.

Rudolph, who spent the first 10 years of his career with Minnesota, played in New York with the Giants last year. As a former second round pick, he has been good, not great. He has never quite blossomed into the superstar that many thought he could become, although he has reached two Pro Bowls.

Perhaps this is the year that changes. With Brady throwing the ball, even if he isn’t the first read because he played for the Fighting Irish, everybody eats.