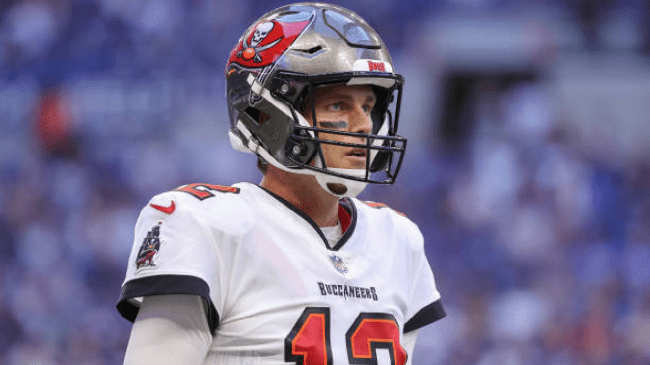 With just a couple of days until the start of the Tampa Bay Buccaneers season, it seems Tom Brady is missing his favorite target.

Brady will be heading into Week 1 without Rob Gronkowski, who decided to retire this offseason and has done a better job of sticking with that decision than Brady did.

However, Brady doesn’t seem to want it to stay that way. The GOAT is hosting a new show called “Armchair QB” and, of course, had Gronkowski on as his first guest. The Buccaneers posted the first episode yesterday.

Today, Brady responded to the Bucs’ post, offering a spot as his co-host with one condition.

Don’t worry, you can rejoin as a cohost @RobGronkowski. There’s just one condition… https://t.co/YSK3yjGxMl

Unfortunately for Brady, it doesn’t seem like this offer is going to be enough to bring Gronk back to the Bucs as there have been no indications that he’s looking to return to football.

Instead, Brady will find himself throwing to a combination of Cameron Brate, Kyle Rudolph,and Cade Otton. It won’t be quite the same as throwing to Gronk, who Brady has built a rapport with for over a decade, but with Mike Evans, Chris Godwin, and Julio Jones to throw to, the Bucs pass game should keep rolling.

There’s also still always the chance that Brady gets Gronk to come back some time closer to the playoffs if the Bucs need a tight end and look like a contender. With Brady making offers like this, he might be able to entice his long-time teammate.