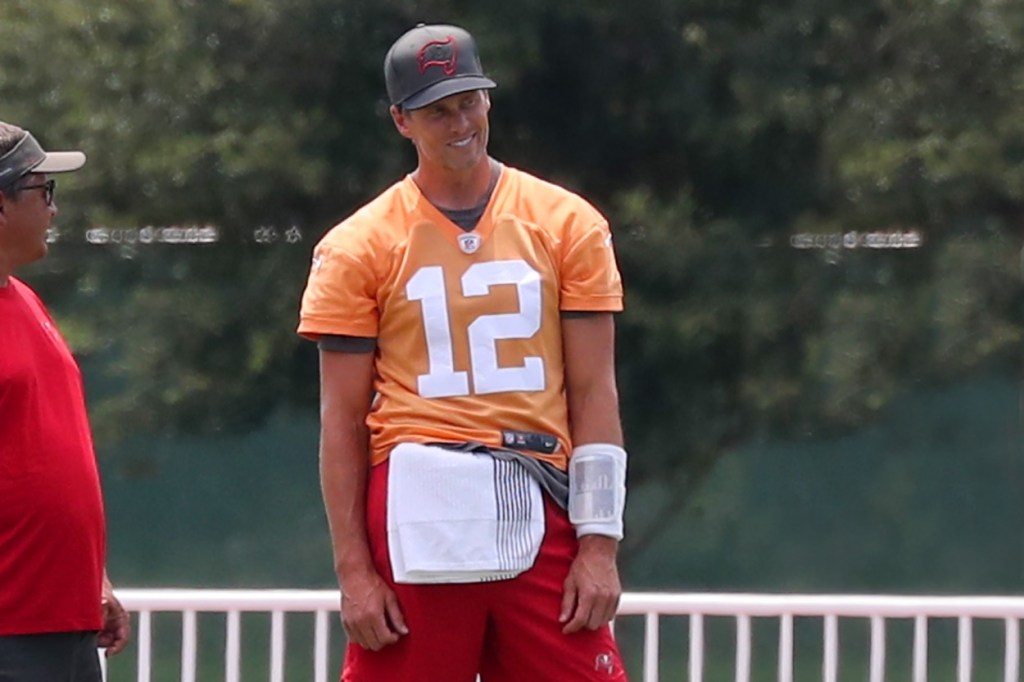 Tom Brady is back at training camp with the Tampa Bay Buccaneers. All is well in Tampa aside from a growing pile of pivotal injuries. But questions still linger about Brady’s absence.

It is very uncharacteristic for a guy like Tom Brady to be able to disappear without being seen somewhere. Furthermore, it’s out of character for the team’s leader to take off during training camp.

Speculating ran wild for days about Tom Brady’s absence and hit a fever pitch when the Internet became completely obsessed with a theory that Tom left the Bucs to go compete on The Masked Singer, a rumor Brady denied this week on Twitter. But the show released a clip with judge Ken Jeong implying that Tom was a contestant. TMZ got the clip:

Initially, Ken Jeong suspected the contestant was Peyton Manning but he guessed wrong. Then Ken goes off about how the person behind the mask is the ‘Greatest Of All Time’. Jeong goes on to say that the masked contestant ‘just got fined’ for not being a training camp which wouldn’t describe Tom Brady’s situation, at least not that we know about yet. But the clip cuts off before the reveal.

Is that the GOAT on The Masked Singer?

Here’s what some are speculating:

Of course! Now everyone and their mother will be watching! It’s smart

His costume is obviously going to be a goat

For all of the ‘so what if he was?’ people out there who see this news and feel the need to tell everyone to ‘move on’, well, it would be pretty interesting if Tom Brady was actually on The Masked Singer. I’ve never watched that show in my life and certainly didn’t plan on it but Tom Brady’s presence at least makes it mildly interesting and for many, I’m sure it makes it exponentially more intriguing.

Tom Brady will likely make this bettor regret their wagerhttps://t.co/KPDLOqgbaS