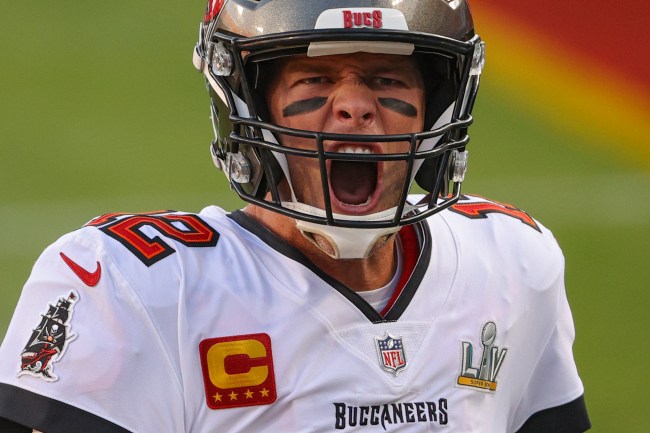 Tom Brady has accomplished everything there is to accomplish in the NFL. He’s a seven-time Super Bowl champion, a five-time Super Bowl MVP, a three-time league MVP, and has been selected to 14 Pro Bowls since entering the NFL in 2000.

That’s without a doubt the strongest résumé in the history of the game. He is the greatest to ever throw a football, and he’s also set to turn 44-years-old in August. So, why keep going? His wife, Gisele, essentially asked him that same question right after Brady and the Bucs won Super Bowl LV over the Chiefs.

The question is justified. Brady has done it all, so what exactly keeps him getting up every morning and continuing to perfect his craft? What could possibly motivate a person to continue to go through that grind after already accomplishing so much and building quite the bank account along the way?

A sickness, apparently. More specifically a sickness inside of him that just wants to throw a perfect pass.

“I don’t think proving it for me is the motivation,” Brady explained on Good Morning America on Wednesday. “I still want to play. I got like a little sickness in me that just wants to throw a frickin’ spiral, you know what I mean?”

“Also, once you stopped you can’t go back and do it. I got some more football [in me.] I mean not a lot, and I know that, but what I got left, I’m gonna go, I’m gonna give everything I got.”

Brady very clearly still has the drive to go out and compete and the belief he still has enough left in the tank to remain competitive. He proved that, and then some, a year ago, so why wouldn’t he continue to push until he legitimately thinks he can’t win anymore? Brady and the Bucs will be right back in the thick of things next season as long as that sickness is still lingering.