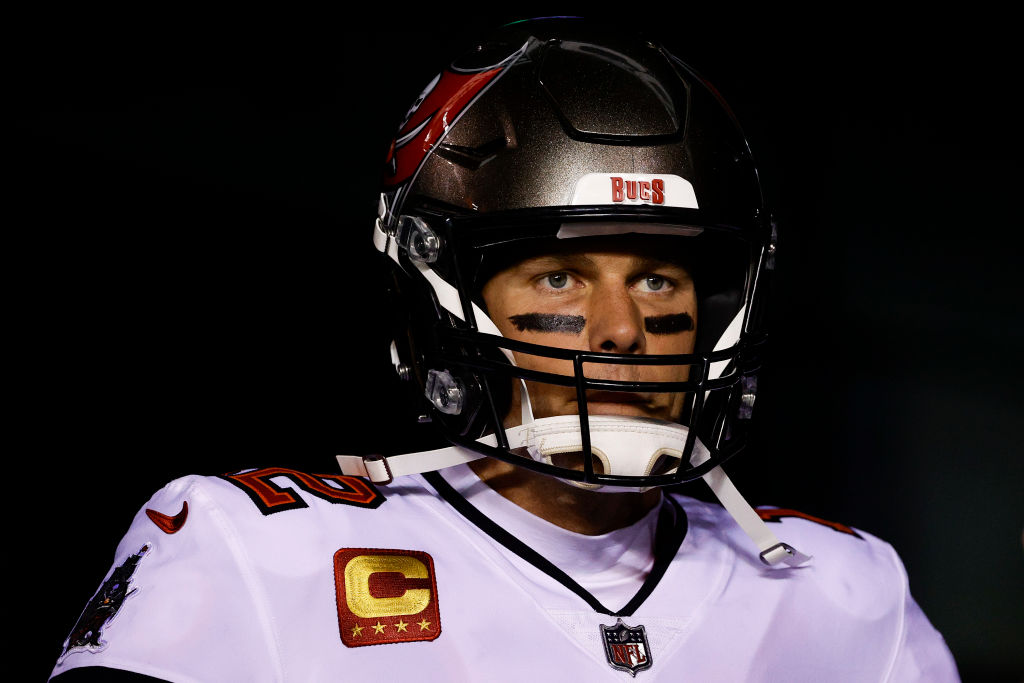 Every time Tom Brady completes a pass he breaks an NFL record. That’s been the case ever since Tom Brady passed Drew Brees for the most career passing yards in the NFL a few weeks ago. Now with every completion, he breaks his own record.

One record that Tom Brady co-owns and continues to own is the ‘largest age gap between two starting quarterbacks’. He broke that record three or so years ago against Marcus Mariota. Then he broke his own record two years ago while playing against Jared Goff and Patrick Mahomes. And now he’ll break it again when the Tampa Bay Buccaneers face the Chicago Bears and Justin Fields.

Here’s a brief history of Tom Brady breaking his own ‘age gap’ record.

Drew Brees and Tom Brady will each be at least 15 years older than Jared Goff and Patrick Mahomes. It will be the 2 largest age gaps between starting QBs in conference championship history. pic.twitter.com/gtKzak8sx2

Justin Herbert and Tom Brady's matchup marks the first time there will be a 20+ year age gap at QB since 1950. pic.twitter.com/EJ1kpErYe8

Just a few weeks ago:

And now, Tom Brady will face Justin Fields and break his own record once again. Fields is 22 years old and Brady is 44.

The Tampa Bay Buccaneers and Tom Brady are 12.5-point favorites against the Chicago Bears and expected to completely blow the Bears out. As a born-and-raised Bucs fan, I take this to mean it’s a trap game and the Bucs will win a close one this weekend.

Barring unforeseen circumstances, Tom Brady will extend his contract with the Tampa Bay Buccaneers and play in the NFL again next season. He will break this record again. Possibly again after that. And maybe even once more. Tom Brady is timeless, he is inevitable.