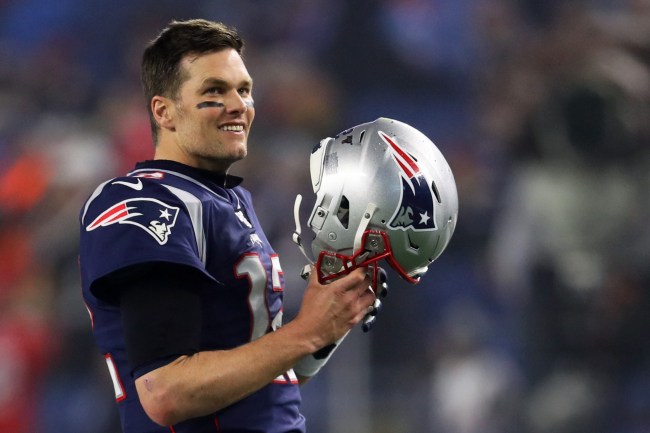 Tom Brady, the greatest quarterback of all-time thanks to his six Super Bowl victories, has had some tremendous performances during his NFL career. Whether it’s a regular season contest that saw him throw for a bunch of yards and touchdowns, a postseason game that he was clutch in, or, I don’t know, Super Bowl LI when he helped lead the Patriots back from a 28-3 deficit in the second half, Brady has been terrific in most of the games he’s played in.

But is there one performance that stands out above all the rest? When asked this very question, one would assume that Tom Brady would mention that Super Bowl victory against the Atlanta Falcons — or one of his other big-game wins. But Brady is basically a robot, so instead of giving the expected reply, he talked about a random Sunday Night Football game in Week 11 against the Buffalo Bills during the 2007 NFL season as the most memorable; no joke.

While appearing on his new TV show, Apple TV+’s Greatness Code, here’s how Brady described the memorable game, and why it stands out to him above all the rest in his career.

Given all the great games he’s had throughout his illustrious career, it might seem as if Tom Brady’s smoking crack with this kind of response. But here’s a quick recap of that 2007 contest against the Bills, which included the quarterback leading the Pats to a score in their first seven offensive possessions.

When you dig a little bit deeper into the numbers, it kind of makes sense that Tom Brady picked that 2007 contest against the Bills as his best performance ever. But, given some of his other great games, this one doesn’t necessarily stand out to the naked eye.

Personally, it’s hard to go against that Super Bowl LI comeback — which the Atlanta Falcons are still getting roasted for — but, hey, Brady’s made his choice, so there’s no turning back now. Guess we’ll have to see if he can outdo himself with an even greater performance now that he’s a member of the Tampa Bay Buccaneers.