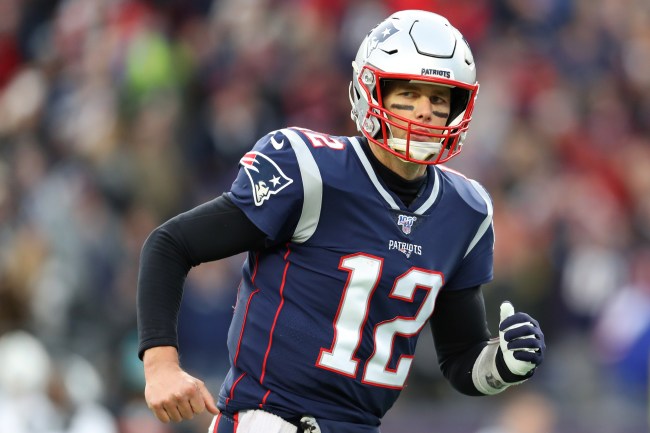 Tom Brady is the greatest quarterback of all-time, and anyone who argues that fact is either in denial or just a major hater of the New England Patriots. Given the fact Brady has led his team to nine Super Bowl appearances — and a record six victories — there’s no denying that the guy has nothing left to prove, as he’s just playing with house money and continuing to build his own legacy at this point.

Of course, iconic athletes like Tom Brady aren’t wired to just accept mediocrity, which is why, even at 42 years old, he’s still as focused and determined to win a Super Bowl as if he’s never done it before. For those who forget, Playoff Brady is as unstoppable as any athlete ever, and one simple stat was revealed the other day to highlight that very fact.

During a press conference leading up to the Wild Card Game against the Tennessee Titans, Brady was told about how he’s won 30 career playoff games throughout his career. Impressive, right? Considering it’s the most by any player in NFL history, it sure should be. Naturally, Brady didn’t find it all that important, playing coy AF when a reporter told the GOAT about the feat.

WATCH: "Is that pretty good" – Tom Brady when I inform him that he has 30 playoff wins and the combined other 11 QBs in the playoffs have 26.

While Tom Brady might not find the stat all that important, the fact of the matter is it puts him in a completely different stratosphere than all other current playoff quarterback. How? Well, Brady’s 30 career playoff wins are four more than the 26 combined playoff victories of all the other signal-callers in this year’s postseason.

Guys like Aaron Rodgers, Russell Wilson and Drew Brees have each won a Super Bowl and are all bonafide Hall of Famers, and, still, even with their resumes, they don’t come close to Brady. Sure, younger guys like Lamar Jackson, Deshaun Watson and Patrick Mahomes are still coming into their own as they gain playoff experience, but, still, Tom Brady is the GOAT on so many levels that it’s not even funny — even if he’ll never admit it to anyone.