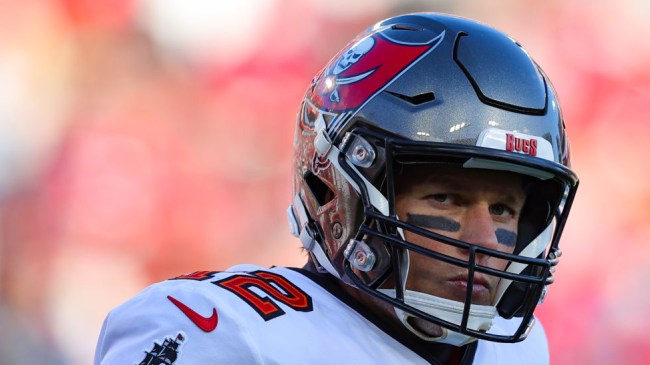 News of Tom Brady’s retirement broke yesterday, with NFL insider Adam Schefter reporting that the longtime quarterback was hanging up the cleats following the recent conclusion of his 2021 season. The news caused a meltdown amid the NFL world, with fans and media alike chiming in on the end of an era in professional football.

Brady played for 22 seasons in the NFL, winning seven Super Bowl championships between stints with the New England Patriots and Tampa Bay Buccaneers. He’s safely solidified his status as the greatest player to ever play the position as he helped build the Patriots into one of the most dominant dynasties of all time.

Since the reports of his retirement broke, though, there has been a bit of uncertainty. Conflicting statements from Bruce Arians, Brady’s agent, and even Brady’s father have clouded the water about the Hall of Famer’s future, leaving the door cracked for a possible return.

Coach Arians stated that Brady never told the Buccaneers of his plans to retire. His agent followed that same sentiment, saying the veteran passer hasn’t made his mind up yet regarding his future. Finally, his father chirped in to say that the reports were a flat out lie, and that Tom has no plans to call it quits ahead of 2022.

It’s been a very confusing couple of days, particularly due to the fact that Brady, himself, hasn’t come out with a statement.

On Sunday morning, however, Brady broke his silence on social media, releasing his first post on Instagram since the retirement news broke. The posting, part of his Instagram story, unfortunately did nothing to clear the murkiness surrounding his situation.

The picture shows Brady posing in his Brady Brand clothing line with the caption, “Cool Touch.”

For fans hoping to find out more on the Pro Bowler’s future, you’ll have to wait a bit longer. Brady appears to be completely disregarding the noise surrounding his retirement and keeping quiet on his plans for next season. Until the quarterback breaks his silence on the issue, we’ll be left with uncertainty.