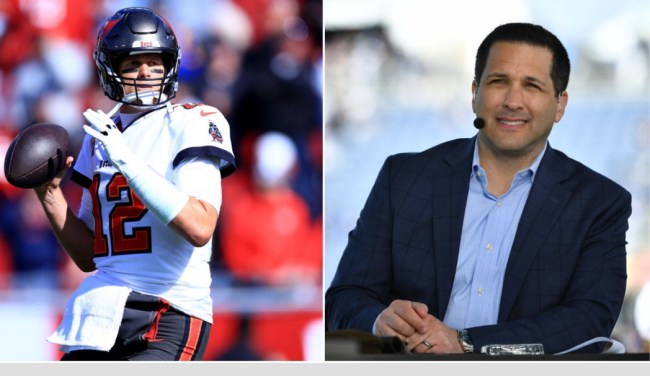 On Saturday, ESPN’s Adam Schefter and Jeff Darlington dropped the biggest sports new leak of the year when they reported that Tom Brady was retiring after 22 seasons in the NFL.

When Brady, widely considered the greatest quarterback in NFL history, left the field after the Tampa Bay Buccaneers’ loss to the Los Angeles Rams last weekend, he knew it was likely his final act as a football player, sources said. In the days since, he has spent time digesting that mindset and is preparing his retirement announcement along with the next chapter of his life and career, sources said.

Not only has Brady’s agent Don Yee denied the report, but his father also claims that his son is not retiring.

JUST IN: Tom Brady Sr. tells @kron4news that his son is not retiring. Brady Sr. says an online publication started circulating an unsubstantiated rumor. However a number of NFL insiders are now reporting it. @kron4news #TomBrady #NFL

Checked in with Tom Brady Sr. who tells me, and I quote, "This story Mike is total conjecture. Tommy has not made a final decision one way or the other and anybody else that says that he has is absolutely wrong." #TomBrady #Buccaneers

Bucs GM Jason Licht says he spoke to Brady and that the QB told him that he still hasn’t made up his mind about retirement.