Who’s Going To Tell Bucs Players That Tom Brady’s ‘Movie Worthy’ Super Bowl Speech Was Ripped From His 2015 Speech With The Patriots? 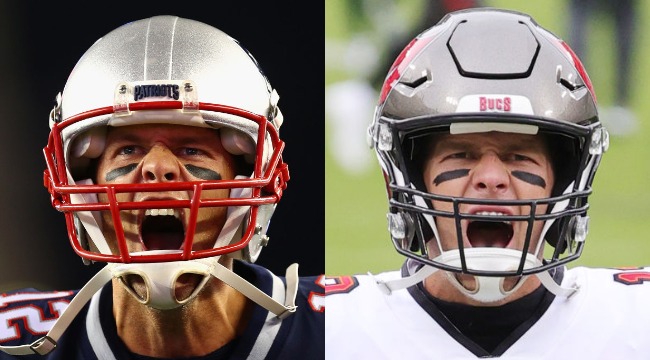 Tom Brady’s pre-game speech before Super Bowl LV, while not filmed, is being talked about like Daft Punk’s 2007 performance at Paris Bercy.

The Bucs released nearly a three-minute video lauding the GOAT for delivering a tirade that would help catapult the franchise to its first title in 18 years.

Cameron Brate: “The theme of the speech was honor. Not just honor for ourselves, honor that we will experience in this brotherhood for the rest of our lives.”

Gronk: “And it’s not just you that’s recognized as a champ, but it’s your whole entire family. It’s your kids, it’s your aunts, uncles.”

Forgive me for playing Hype Police here, but on behalf of all of New England, I am typing up a cease and desist email because we currently own the Honor Speech™ from Super Bowl XLIX aka The Malcolm Butler Game aka Top 3 Super Bowls of All-Time.

Video Unavailable. Get over yourself NFL.

If you think I’m being petty, would you take your current girlfriend to the same restaurant for her birthday as your ex? Ok, I would too. Bad example, but you get the point.