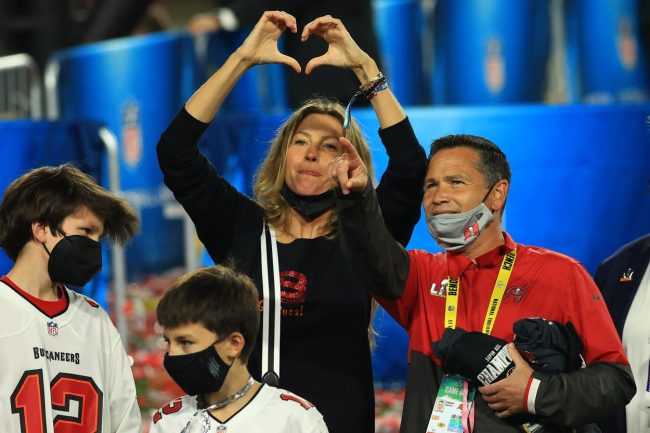 At 44 years young, Tom Brady has done just about all he can do on a football field. After being drafted in the sixth round of the NFL Draft, TB12 has won seven Super Bowl rings and has played in more playoff games than anyone else in history by 15.

Needless to say, he has nothing left to prove.

However, in the past, Brady has talked about the idea of playing until he is 50 years old and wanting to retire on top after winning a Super Bowl. He would also become the first player in NFL history to play an NFL game at 48 years of age (and some change) if he can get there, which is an idea that he has said interests him.

Despite all of his previous remarks, there has been a big swing over the last 10 days. Multiple reports have come out about Brady potentially wanting to retire.

According to people close to him, and plenty of speculation, the belief is that as Brady gets older, it is not as easy to be as good as he is. It requires more preparation, more work to stay limber and strong, and more time studying.

In turn, it keeps him away from his family — which has been the case throughout his 22-year NFL career — and it keeps him way from his professional business ventures. As such, there is thought that he will retire this offseason to be home more often and invest more time in his outside works, like TB12.

Brady spoke about the possibility of retirement on Sunday after losing to the Rams and being eliminated from the NFL playoffs but would not give a definitive answer. His brand’s official twitter account, TB12sports, also posted a cryptic message that caused a lot of speculation.

It has only gotten louder on the Monday after.

With the murmurs about retirement, people have noticed what might have been a hint toward Brady hanging up his cleats. His wife, Gisele Bündchen, posted an instagram video earlier in the week that was all about appreciating the moment because it might be the final time that you do something in life.

The video montage of various moments throughout her life, solo and with her family, was dubbed with a voiceover and the following message:

“Life is precious because you cannot watch it again. This is what makes life so magical. One day you will eat your last meal. Smell your last flower. Hug a friend for the last time. Without knowing this will be the last time. That’s why you need to do everything you love with passion. Enjoy all the years you have left. Because this is the only thing that exists.”

One of the shots, the only one with her husband, showed Bündchen, Brady and their kids riding horses into the distance. Some might say, riding off into the figurative sunset of his career.

Here is the video: