A Fed Up Tom Brady Says He Turned Off ‘Thursday Night Football’ Game Because Of ‘Ridiculous Penalties’ Being Called, Gets Instantly Mocked By Twitter 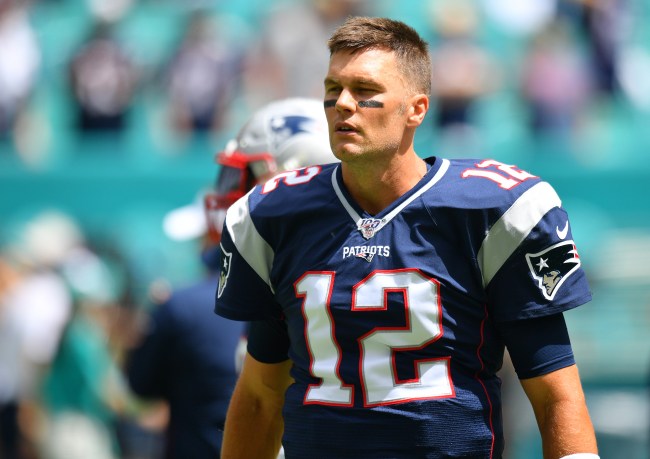 NFL fans have been complaining about all the absurd penalties that have been called in the first two weeks of the season and it seems like Tom Brady is fed up by them as well.

In the second quarter of tonight’s Titans-Jags, Titans linebacker Kamalei Correa was flagged for a questionable roughing the passer penalty.

On cue another ridiculous roughing the passer call that even former ref in booth agrees is incorrect. #Denver7 pic.twitter.com/YJ4QaQrupa

Fans were irate with the call.

@NFL you're literally ruining the game of football with your made up rules every year. That was not roughing the passer Minshew. You do understand the concept of momentum yes no?

Now we're calling roughing the passer penalties when hitting Garnder Minshew .3 seconds after throwing the ball and keeping your hands up in the air….cool…

I hope Minshew is able to recover from this roughing the passer! Suspend Kamalei Correa NOW! pic.twitter.com/UHoHq3WQXi

NFL’s “roughing the passer” rule is even worse than the “catch” rule, because it puts players in harm’s way.

Defenders are gonna start changing the way they hit the QB to try to avoid drawing a flag, and that’s gonna create a real injury risk. Already has.

Tom Brady also chimed in and said he couldn’t watch the game because of all the “ridiculous” penalties being called.

Too many penalties. Just let us play!!!! #TENvsJAC

Patriots haters, of course, found Brady’s tweet ironic considering he’s benefitted from questionable roughing the passer penalties in the past.

Tom, you complain for a penalty every time someone touches you.

You benefit from these penalties system qb

Tell me about it pic.twitter.com/KA6MoJEwiE

Let’s also remember that refs have been looking out for Brady this season too.

Raekwon McMillan told me when he hit Brady on Sunday – a perfectly legit hit – the referee told him "Stay off Tom." NFL still protecting those QBs amid several early season injuries to marquee ones