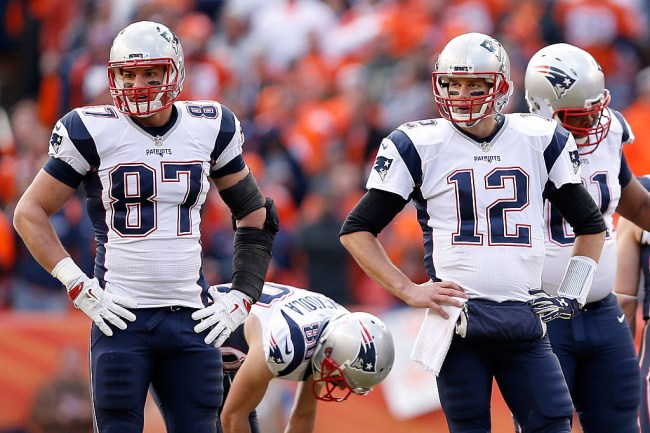 It’s been nearly three months since the New England Patriots lost the Super Bowl to the Philadelphia Eagles but it seems like Tom Brady and Rob Gronkowski are still pissed at head coach Bill Belichick for inexplicably benching Malcolm Butler during the game.

PFT’s Mike Florio is reporting that the reason Gronk is out trolling Belichick by attending Supercross events and joking about not attending offseason workouts to up his dirt-biking skills is because he’s still salty about Butler’s benching.

Gronkowski has taken his trademark individuality to the extreme this offseason, declining to declare that he’ll play and, most recently, arguably trolling coach Bill Belichick over Gronkowski’s obvious intention to treat voluntary workouts as just that.

Apart from Gronkowski’s satisfaction or lack thereof with his pay, there’s also a belief that Gronkowski, Brady, and other Patriots continue to be salty about the inexplicable — and still unexplained — benching of cornerback Malcolm Butler in the Super Bowl. A full eleven weeks later, coach Bill Belichick still hasn’t shed any light on the decision to use Butler for only one special-teams play and to keep him on the bench even after the Philly offense shredded the New England defense enough to force a change to the dime package during a 30-minute halftime.

Florio believes Gronk will eventually come back but it seems like Belichick’s authoritarian vice grip on the team is starting to slip while he’s beefing with the team’s two biggest stars.